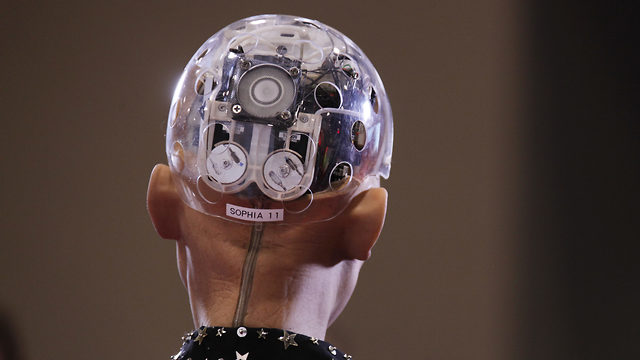 Despite being an artificial intelligence powerhouse, the country's academic institutions find themselves outpaced by thriving industry as many students turn to online classes, with some seeing investment in women and minorities as a solution

Israeli universities are struggling to keep up with the demand for academic programs in the field of artificial intelligence (AI) technologies, amid a severe shortage of skilled workers in the booming sector.

There are presently dozens of AI courses and tracks offered at the undergraduate and master’s level in academic institutions across the country.

However, there is not enough space to accommodate the number of students wishing to enroll. The lack of sufficient academic staff and programs is exacerbating the already-existing tech talent crunch, estimated at roughly 15,000 workers.

Katrina Ligett, an associate professor of computer science and head of the new program on Internet and Society at the Hebrew University in Jerusalem, says that programs for cutting-edge technologies like AI are still very young and will need time to catch up.

“Folks are realizing that we need to train the next generation not just in technology and not just in other fields but also at the interface between them,” Ligett says.

“The national government estimates of the number of people that we need to be trained in computer science versus the number of slots (available) at all the universities combined is something like a factor of 10 off one from the other.

"There’s huge demand from the government, from industry and on the students’ side but this is not something that you can scale up overnight; create a department with 10 times as many faculty (members). That’s a real challenge for computer science.”

According to a report released earlier this year by the nonprofit Start-Up Nation Central, by the end of 2018, there were some 1,150 Israeli startups that were either AI-focused or at least reliant on those technologies.

In addition, while AI firms make up 17% of all tech companies in the country, they managed to raise 37% of the total tech capital in 2018, amounting to $2.25 billion.

The products using AI range from those in the fields of health care, cybersecurity and manufacturing, to name but a few. Start-Up Nation Central also reported that the demand for data scientists grew worldwide by 650% from 2012-2017.

One of the most successful Israel-based AI firms is Mobileye, which has developed driver-assistance systems and technology for autonomous vehicles. In 2017, Intel acquired the company for $15.3 billion, making it the largest hi-tech acquisition in Israeli history. Prof. Amnon Shashua, president and CEO of Mobileye and senior vice president at Intel Corporation, says that the company recently reached an agreement with Volkswagen to begin testing a commercial driverless service in Tel Aviv in 2022. Shashua specified that while there are many innovative new AI-based products on the market, the shortage of workers “is acute.” “The state needs to invest in (excluded) populations more. For instance, the percentage of women studying for an undergraduate degree in computer science is around 30%,” Shashua says, adding that women also only make up 20% of the Israeli high-tech workforce overall and that the ultra-Orthodox Jewish and Arab populations are also underrepresented.

Can universities keep up?

Part of the problem, Shashua believes, is with lengthy academic programs which no longer correspond to the reality of rapidly evolving technologies. “The availability of online courses has enabled people to hone in (on AI) and avoid all the introductory courses, which in the past they were obligated to take before moving on to more advanced topics,” Shashua says. “Universities aren’t yet in line with this kind of thinking,” he added, positing that in the future students would be able to take expedited “micro-degrees” that would only take one year to complete.

Prof. Amnon Shashua, president and CEO of Mobileye, gives a presentation at the JerusML conference in Jerusalem, Nov. 11

As manpower issues continue to affect companies across the board, salaries in the AI sector are understandably among the highest in the country.

A recent survey conducted by the Machine and Deep Learning Facebook group found that the average monthly wage for workers in AI was NIS 31,000 ($8,830). By contrast, the average wage in the Israeli private sector is NIS 10,634 ($3,000).

The same study found that 51% of respondents had a graduate diploma, while a third (33%) had a Bachelor of Science degree.

In the medical industry, one of the most promising companies to emerge in recent years is OrCam, which has developed portable artificial vision devices that are aimed at helping the visually impaired navigate the world and read text.

Dr. Yonatan Wexler, Vice President of Research and Development at OrCam, says the company is now developing a personal assistant device that can help with a wide range of daily tasks, including transcription, meeting reminders and identifying people in real time.

“This whole field has emerged at a time when it is now unclear whether we even need to (attend) college,” Wexler says. “There are many free or nearly free online courses available and people can learn on their own.” “At OrCam,” he says, “we have several people who graduated from universities and academic colleges but there are also many who have no degree whatsoever.”

Some of the efforts aimed at shoring up workers’ interest in the sector are coming not from the Israeli government, industry or academic institutions, but from community organizers and AI experts themselves.

Earlier this week, the group hosted the JerusML AI conference for the first time, which brought together industry leaders and speakers from around the country. In addition, a job fair held concurrently allowed companies to meet with prospective employees.

Attendees at the JerusML conference in Jerusalem, Nov. 11
“Our community is the first one ever organizing any AI-related events in Jerusalem,” Mandelbaum says. “Israel is one of the top five countries in terms of AI and is actually the top country in the world in terms of investment in AI per capita.”

Mandelbaum says that while the Israeli government is currently vigorously investing significantly in the AI sector, it is still facing an “immense shortage.”

AI, he says, is used in a wide range of activities that most people engage with daily, from computers to facial recognition technologies, smartphones and aviation.

“There aren’t enough faculty staff members doing research in the field and they are already occupied with a lot of research students,” Mandelbaum says. Another local initiative is being led by Ofer Berkovitch, former deputy mayor of Jerusalem and head of the Hitorerut (“Awakening”) party. Berkovitch recently launched the Jlab program, which will bring together companies and professionals from academia in the fields of AI, tech and design in Jerusalem.

Ofer Berkovitch (Photo: Sharon Gabay)
“The best (AI) companies to have come out of this city – such as Mobileye and Lightricks – emerged from research that took place at Hebrew University which later developed into a business venture,” Berkovitch says, adding that more of an effort needed to be made in order to bolster the participation of the Arab and ultra-Orthodox Jewish populations.

While the surge of AI technologies and applications is seen by most in the industry as a positive thing, concerns have arisen with regard to potential pitfalls associated with unethical algorithms and facial recognition.

For instance, a study published last month in the Science journal discovered that an algorithm widely used by hospitals in the United States to refer patients for additional health care services was systematically discriminating against African Americans.

According to Prof. Ligett, who also specializes in privacy and ethics in technology, leaving important decision-making processes in the hands of a machine is always risky business. “This is a fundamental issue that we face (with AI): any small bias that might have been present is now going to affect hundreds, or hundreds of thousands, or millions of people,” she says. “A small bias can have an enormous impact.”

“That’s one of the real challenges: how do we properly mitigate, detect, redesign and reconceive of our goals if we want to protect against all the things that can and do go wrong in decision-making.”