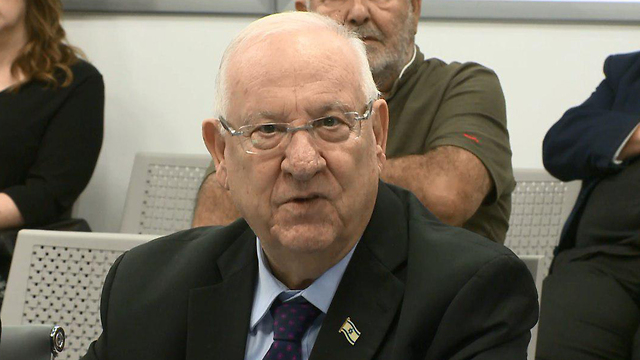 President Reuven Rivlin berated on Sunday Blue and White leader MK Benny Gantz and Prime Minister Benjamin Netanyahu over their inability to reach an agreement over the establishment of a unity government, saying a concurrence could be achieved if both parties put their personal differences aside.

"I believe a government could still be formed", said Rivlin. "The disagreements are more personal, rather than logical, political or for the interest of the state. Israel's leaders need to understand that the citizens are the main priority".

Rivlin commented on Gantz's last efforts to form a government during a visit to the IDF's Gaza Division in southern Israel.

Blue and White negotiation team met earlier Sunday with their counterparts from Yisrael Beiteinu and reportedly had reached an agreement on outlines for a possible government, including understandings on issues regarding state-religion affairs.

"Real progress has been made in drafting the outlines for a government and matters of state-religion affairs," said a joint statement by both parties.

Both parties' negotiation teams will meet again on Sunday evening and Monday in a last gasp bid to bridge any existing differences.

Yisrael Beiteinu MK Oded Forer said at the end of the meeting that the only hurdle currently preventing the formation of a government is Gantz's and Netanyahu's refusal to compromise over several issues, including President Rivlin's government outline and the dissolvement of Netanyahu's right-wing bloc.

President Rivlin's government outline states that Gantz and Netanyahu will receive the premiership on a basis of a rotation government.

Netanyahu will serve as prime minister first and Gantz will step in after two years or alternatively, in case Netanyahu is indicted in one of several corruption cases standing against him.

Both Blue and White and Yisrael Beitienu demand Netanyahu to dissolve his right-wing bloc, which consists of the incumbent's Likud party alongside far right and ultra-Orthodox parties, previously denoted by Yisrael Beitienu Chairman Avigdor Liberman as 'messianic'.