Having failed to form a coalition, Benny Gantz reportedly tells the president he will continue in his efforts to build a government during the 21 days allotted by law for any MK to attempt to form one supported by a 61 member majority

With hours to go, Blue and White leader Benny Gantz informed President Reuven Rivlin he has failed to form a coalition.

Gantz said Wednesday that he had tried to form a liberal unity government but was stymied by a rightwing and religious bloc that chose the welfare of one man over that of all Israelis. 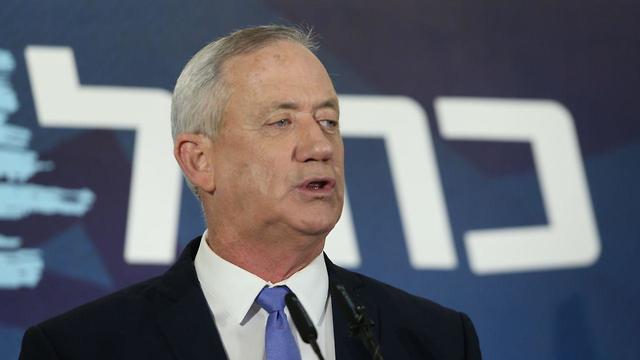 "I was blocked by a wall of persistent losers, who prevented the establishment of a government headed by me and my party - that had won the election - so that the country can begin to return to political stability."

Though he had returned his mandate, Gantz reportedly told the president that he will not cease his efforts to build a coalition during the 21 period allotted by law to any member of Knesset to attempt to form a government.

Earlier,Prime Minister Benjamin Netanyahu urged his political rival to ignore the opposition of his partner Yair Lapid and join him in a unity government.

"What we need now is not more elections, but a unity government," Netanyahu said at the start of a meeting of his right-wing bloc in Jerusalem, addressing Gantz. "It's not too late, let's sit together and announce that we are forming a national unity government." 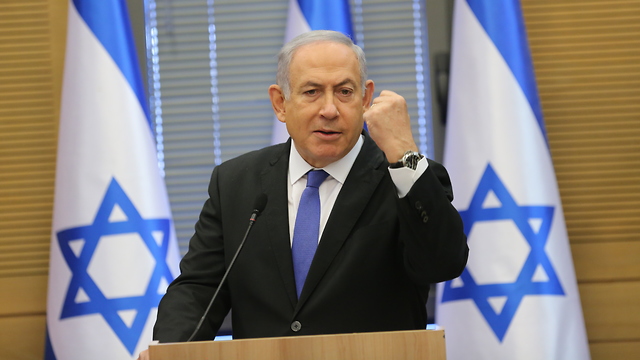 Prime Minister Benjamin Netanyahu speaks at the start of a meeting of his right-wing bloc in Jerusalem (Photo: Alex Kolomoisky)

Netanyahu's comments came shortly after Yisrael Beytenu leader Avigdor Liberman, whose handful of Knesset seats made him the apparent kingmaker in coalition efforts, said Israel was on track for an unprecedented third election in 12 months.

He said both Netanyahu and Gantz were to blame for failing to establish a unity government.

Gantz has until midnight to put together a coalition before the mandate returns to President Reuven Rivlin, but without Liberman that appears virtually impossible. If he fails, as expected, the country enters the final 21-day period for a candidate to present a majority before new elections are called. 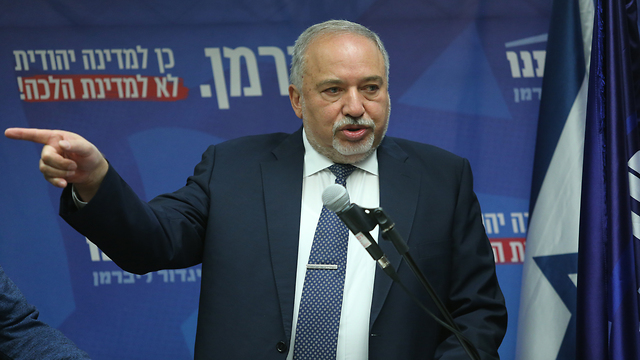 Speaking at a special press conference, the 61-year-old said he made "every effort" and "left no stones unturned" in trying to push for a "liberal" unity government, but after weeks of negotiations he said he could not endorse either side.

Liberman claimed the bid for the unity coalition failed because Netanyahu made the Likud party "slaves" for the ultra-Orthodox, while the Blue and White leader Gantz failed to accept President Reuven Rivlin's outline, which required the prime minister to be the first in rotation for the premiership. 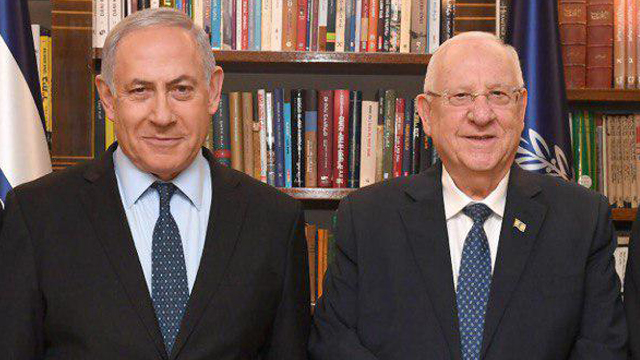 “The only thing that stood in the way of unity government, and I would like to quote the president here, was a 'personal argument,'" Liberman said. “There were no substantial gaps on issues.”

Liberman added that any narrow government that could potentially be established now, whether it's Gantz-led minority coalition supported by the Arab parties or Netanyahu-led right-wing bloc coalition, would quickly dissolve. “All we see in the current situation is a sure way to another election,” he said. 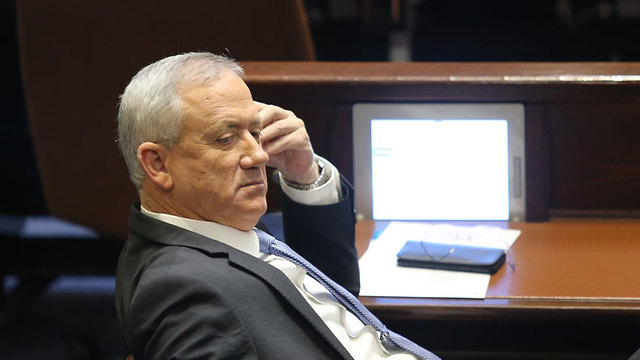 “I heard one political analyst this morning say that ‘Liberman understands his stock is currently at an all time high’ and the shares need to be sold before they crash,” said the Yisrael Beytenu leader.

“Well, according to the media presence here, our stock is indeed at its peak. “We, however, don’t sell our principles for ministerial seats, even if it is the most cushioned seat ever."

"This man is simply anti-Semitic,” Gafni said. “This man shouldn’t be allowed to be in Israeli political system. Who are you anyway? You’re nothing!”

Barring a last-minute development, it looks like Gantz will be forced to inform Israel's president that he has no government to present - just as Netanyahu did before him. The past two elections, held in April and September respectively, have been inconclusive and polls indicate the result of a third will not differ significantly.

"The truth must be said: Netanyahu is rejecting unity and will do anything to deteriorate us to a third election within a year," Gantz wrote on Facebook. "I am ready to make compromises for the benefit of the citizens of Israel but not to cave on our core principles."

Looming above the entire process is the long-expected announcement on Netanyahu's corruption indictment that could remove him from the equation and potentially provide a long-sought way out of the impasse.

Attorney General Avichai Mandelblit has recommended that Netanyahu be indicted on fraud, breach of trust and bribery charges in three separate cases. His final ruling has long been anticipated and is expected in the coming weeks, perhaps sooner. Though Netanyahu will not be compelled by law to step down immediately, it will certainly harden the opposition's stance.