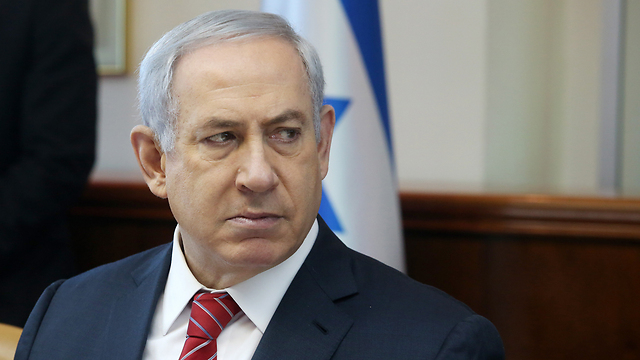 The Left must not adopt the Right's Holocaust discourse

Op-ed: In Netanyahu's nightmarish world, the Jewish people are always the victims fighting for their lives, and their rivals are Nazis. But not every threat is existential, and one can be a huge villain without being a Nazi.

Dr. Ofer Cassif of the Department of Political Science at the Hebrew University in Jerusalem referred to Justice Minister Ayelet Shaked as "neo-Nazi scum" in a Facebook post. Without addressing Cassif's legitimate criticism against Shaked at the moment, I would like to address the Nazism accusation, which is clearly the reason that prompted the minister to file a police complaint (rather than the word "scum").

Allow me to begin with the assertion that accusing a person in Israel of Nazism (or neo-Nazism) means excluding that person from the camp. In principle, there is no difference between such an accusation and a video presenting human rights organizations as terror accomplices (in other words, as traitors and partners in murder) - in both cases, the "curser" undermines the legitimacy of those he is cursing.

The Nazis reflect everything that is despicable and dangerous, everything that a democracy - and any human society, in fact - must rid itself of. Traitors, fifth columnists and Nazis have no place in a society which seeks to survive.

The "Nazi" curse is indeed a case of crossing a red line. Granted, Minister Shaked's political rivals do not usually rush to take the law into their own hands and they definitely do not rush to use violence, but there is definitely "incitement and pollution of the public discourse" in this case, as Shaked said.

According to Netanyahu, the war against absolute evil requires us to stand without hesitation behind the good people's leader and reject any other consideration until the final victory (Photo: Marc Israel Salem)

Regardless of whether the police decide that this is a violation of the law or not, we should definitely condemn the "pollution of the public discourse" (and overcome the temptation, which is so Israeli, to say "you started it"). Curses are permitted in the public discourse as long as they don’t completely undermine the legitimacy of those who are being cursed. In this sense, the "traitor" and "Nazi" curses are part of the same family.

But what concerns me even more than Cassif's actual curse is the unconscious adoption of the Holocaust discourse, which Benjamin Netanyahu is so fond of, by his rivals. "We are in Germany of the 1930s right now," Cassif ruled, without even paying attention to the fact that he is thereby joining the prime minister's dangerous ideological discourse.

Netanyahu also believes that we live in the 1930s, and that not only reflects the paranoia of his ideology, but also clear political advantages. The world in which the enemy is a Nazi is immediately divided into absolute good and absolute bad. It's a world in which everyone who is not on our side is not just against us but also poses an existential threat.

The prime minister rushes to name the current Nazis and their helpers. The Nazis are the Iranians, for example, or Hamas, or Hezbollah, or the BDS organizations. They are all rising up to destroy us, regardless of whether they have real intentions to destroy Israel (take notice that the battle against the Iranian nuclear program, which was presented as a battle "over life itself," faded away at once and is only mentioned incidentally and without the sense of urgency it was characterized by in the past, although the agreement between Iran and the West was presented as a shameful surrender rather than as a solution).

The real power of the "Nazis" doesn’t matter: Can relatively small terror organizations like Hamas and Hezbollah really threaten the actual existence of a military power like Israel? Can the anti-Israel boycott movement, which has hardly had any actual success, really threaten its existence? And nonetheless, Nazis. And where there are Nazis, there are collaborators: The Palestinian Authority, human rights organizations, the "global" or local Left.

In Netanyahu's nightmarish world, we are always the victims fighting for their lives, and his rivals - the rivals of the Jewish people - are Nazis. The war against absolute evil requires us to stand without hesitation behind the good people's leader (Churchill-Netanyahu) and reject any other consideration (logic, proper management, corruption, democracy) until the final victory.

Not every threat is existential, and one can be a huge villain without being a Nazi. The State of Israel is not living in the 1930s; it is living in the 20th century, thank God. The last thing it needs is the Left joining the Right's Holocaust discourse.