Tensions rising: A 36-year-old resident of the West Bank village of Kusra was killed Friday by IDF fire during clashes between local villagers and settlers, Palestinian sources said.

The IDF is looking into the circumstances of the incident. Army officials said the report is credible as it was received from Palestinian security authorities. The military confirmed soldiers used live fire in the clashes.

According to the Palestinians, the man, Issam Badran, was shot in the neck from close range.

Friday afternoon, clashes broke out at the Qalandia Checkpoint as Prime Minister Benjamin Netanyahu and Palestinian President Mahmoud Abbas were making  their final preparations for their battle of words at the UN General Assembly in New York. Masked men threw rocks at security forces at the checkpoint

Meanwhile in east Jerusalem, Border Guard officers arrested three teens in Beit Hanina after they set tires on fire and threw rocks at security officers. Two more teens were arrested when they attempted to forcefully enter the Temple Mount.

The thousands of Friday worshipers who took part in the Temple Mount prayers were dispersed witout further incident. Police Commissioner Yohanan Danino and Internal Security Minister Yitzhak Aharonovitch arrived at the Western Wall on Friday to be on hand to monitor the developing situation.

There are concerns that Palestinian factors will try to riot in problematic areas in the West Bank and east Jerusalem in response to their disappointment over what they believe was US President Barack Obama's pro-Israeli speech. Talking to Ynet, police sources said they believed there was a likelihood of clashes with security forces at the Kalandia checkpoint following Friday morning prayers. 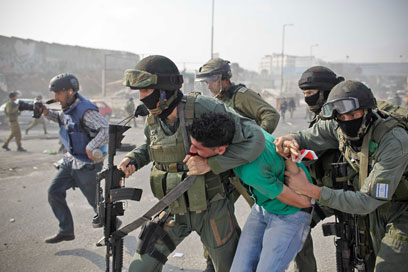 Jerusalem police have decided to restrict the age of Temple Mount worshipers to men over the age of 50 and only those who carry Israeli ID cards. No restrictions will be placed on women wishing to enter the mount.

A source within the Jerusalem police said that "a firm hand approach will be used against any attempt to break the peace." Though he added there was no concrete evidence of any planned clashes "but if order is broken we will know how to act".

The Fatah is planning to give Abbas a significant morale boost and has established an operations room to oversea the 194 (the number the Palestinian state would receive in the UN if recognized) events and rallies in the West Bank. 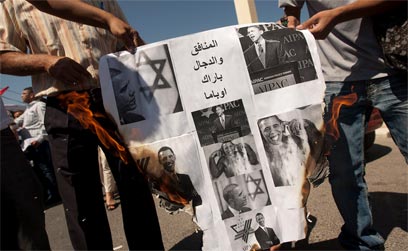 The main rallies will commence at 6 pm in Ramallah, Nablus, Hebron and Jenin where Abbas' speech will be broadcast live on big screens. Thousands are expected to arrive in east Jerusalem to watch the Palestinian president's speech at the Damascus Gate. Palestinian security forces will also be on high alert on Friday and will deploy additional forces in order to prevent clashes between Palestinians and settlers.

While Wednesday's rallies passed with relative calm, this time around there are greater fears of violent responses from the Palestinians as Obama's UN speech has created a great deal of disappointment and frustration on the Palestinian street. 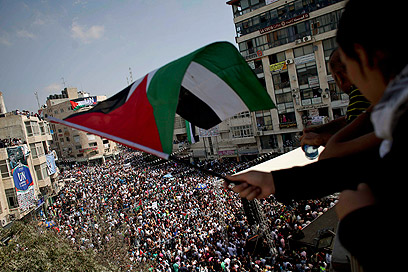 In addition to the special "independence events" the Palestinians also plan on holding the usual Friday protests against the separation fence, yet this time organizers promise it will be bigger and in the spirit of the September events.

Meanwhile, the IDF has not only boosted the number of troops in the West Bank, it is also on high alert in the PR arena. Documentation teams will be deployed throughout the West Bank with cellular devices that are equipped with "live view" technology for the foreign media and social networks. A special operations room has been established for that purpose at the IDF's filming unit. In the Gaza Strip it would seem that it is business as usual – no special event have been planned ahead of the UN statehood bid as Hamas opposes the move. Elior Levi, Yair Altman and Yoav Zitun contributed to this report