West in state of denial

Op-ed: Western irrationally in respect to Middle East a recipe for tyranny and war

In her book “The World Turned Upside Down” British journalist Melanie Philips wrote the following:

“When truth and justice are being turned upside down the outcome is tyranny and war."


The book describes how in today's world, reason and truth have totally been replaced by irrationality and lies. The theme of Phillips' book is more relevant than ever, especially where it comes to the current crisis in the Middle East.

The way the world community deals with the Palestinian UN bid to obtain a state without a peace agreement with Israel is only one of the prime examples of Phillip’s theme, but there are many more.

Let's take for example the way the Lebanese Maronite patriarch Bechara Rai was treated recently, when he issued a warning about the eventual demise of the regime of the Syrian dictator el-Assad.

Rai warned that Assad’s fall could lead to more bloodshed and a civil war in Syria. That scenario is understandably of great concern for the Syrian-Christian community, as Christians have become the first victims of the upheaval that has taken place in countries like Iraq and Egypt.

Rai's warning, which clearly wasn't intended to defend Assad, resulted in an angry statement by the French minister of foreign affairs. The US government however, went a step further and cancelled all appointments between government officials and Rai during his visit to the United States.

The crisis in Egypt exploded some weeks ago when Copts took to the streets and demanded an end to Muslim violence, which has significantly increased since Mubarak's fall. The demonstrations were violently suppressed by the Egyptian army, leaving scores of Copts dead.

In a reaction, the Obama administration typically issued an even-handed statement in which it hilariously urged the Copts to “restrain” themselves.

While in Berlin recently, Missing Peace Researcher Sharon Shaked interviewed a Coptic woman who lives in Cairo. The woman, who wished to remain anonymous, warned of the upcoming elections and what will happen after them. 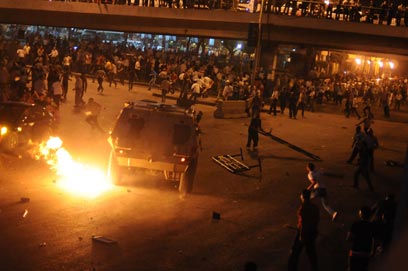 She also described the current situation of the Copts in Egypt. She spoke of increasing attacks against the Coptic community and an increasing atmosphere of Islamism which is also seen in the more religious style of clothing on the streets of Cairo.

In addition she said that some 100,000 Copts have left the country since the beginning of the recent revolution and that it is not safe for Copts to stay there. Her statements indicate a possible repeat of the events in which the Jewish Egyptian community was obliterated during the first years of the state of Israel and the Six Day War in 1967.

Other evidence of the state of denial with which Western politicians view current events in the Middle East was given by the foreign affairs editor of Pajamas Media, Professor Barry Rubin. He published an article about the Libyan visit by US senators McCain, Dirk, Graham and Marco Rubio. The four senators later wrote an op-ed about their visit that was published in the Wall Street Journal.

In the article they pretended that everything was all right in Libya. They even called the situation "a testament to the commitment of the Transitional National Council (TNC) to democracy, transparency and the rule of law." 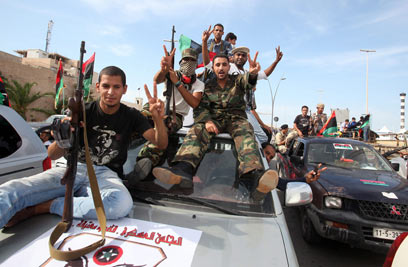 They wrote their article at a moment when a bloody civil war was still raging with multiple cases of torture and execution of prisoners reported. The capture of Gaddafi last week and his subsequent execution contradicts the senators' rosy picture about democracy and the rule of law on every account.

Rubin compared the senators to naïve tourists. After all, the countless eyewitness reports regarding the real situation in Libya show that peace and democracy are largely still a pipedream.

A third example of the Western tendency to deny reality in the Middle East occurred during the recent OSCE conference which took place in Dubrovnik, Croatia. The Dutch MP and Middle East expert, Wim Kortenhoeven, delivered a speech at the conference in which he warned against Turkish Prime Minister Erdogan’s Middle East policies.

Kortenhoeven’s accurate description of the Turkish policy towards Cyprus, Israel and the crisis in the Middle East was ridiculed by his fellow MPs from the Dutch Christian Democratic Party and was met by wall-to-wall dismissal by other participants in the conference.

In an e-mail to Missing Peace Kortenhoeven later wrote that members of the Dutch delegation even applauded when the Turkish delegation accused Israel of war crimes.

This incident, which was reported by the Israeli press, was completely ignored by the Dutch media.

The most recent example of the Western state of denial about the direction the Middle East is heading is the reaction to the results of the Tunisian election.

The New York Times even used the word "moderate" to describe the winning Islamist Ennahda party. As if Ennahda is not an ordinary branch of the Muslim Brotherhood led by an extremist who was denied entry into the United States. 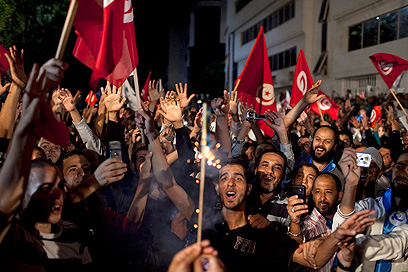 Sheikh Rachid Ghannouchi is a staunch supporter of the Iranian Islamic revolution and has ties with Hezbollah and Islamic Jihad. He is also known for his repeated calls for the destruction of Israel and for war against the US.

Back to Melanie Philips’ "World upside down." She wrote that the Mideast conflict will only be solved when the free world starts using a realistic and honest approach towards the aggressors and the real victim.

As long as this kind of reason is missing, the chances of war will only increase. The same applies to the Western approach regarding the Arab “Spring”.

As long as the West keeps denying the facts on the ground and will not take convincing action to secure the processes towards democracy in the Middle East, this "spring" will turn into a "winter" comparable to the Cold War and the tyranny and fascism the world experienced during the Second World War.

The writer is the director of Missing Peace