Barack Obama was a political novice when President George W. Bush declared war on Iraq. “This is a dumb war,” Obama said at the time, adding that he does not oppose all wars, only ones that are not justified. This week, it was Obama who issued the order to end the war, which lasted almost nine years. “We are leaving with our heads held high,” he said, without making any reference to what he previously thought about the war and its commander-in-chief.

The American troops left Iraq with their heads held high or with their tails between their legs, depending on one’s point of view. They mostly departed with a great sense of relief. Many of them are still unable to properly classify the sights, fears and lessons of a war far away from home; a war whose mission nobody could define with certainty and where the daily battle was mostly for survival.
American Withdrawal
Last US troops leave Iraq, ending war
Reuters
US pullout from Iraq complete ending nine-year military campaign; war claimed lives of 4,500 American troops
Last US troops leave Iraq, ending war
The scar that remains etched America’s face in the wake of the war, which was started on the basis of lies and deceit and left some 5,000 US troops dead, shall not be removed quickly. Another 40,000 soldiers were wounded. Some of them lost limbs and eyes or suffered head wounds. Yet others are in grave condition. 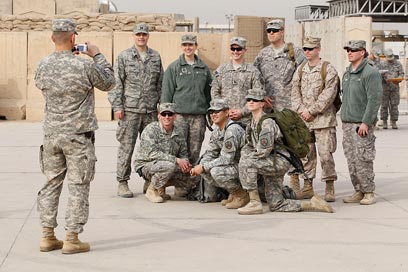 Meanwhile, reports about Iraqi fatalities are unclear. According to UN estimates, nearly 150,000 people have died. According to European Union estimates, the number is higher than 200,000. Almost two million Iraqis became refugees. Some of them traveled to Jordan, while others remained in tents within Iraq. A total of 174 Western journalists were also killed.

The war’s financial cost has turned into an immense burden for the American public, while many people have trouble making ends meet at a time of recession. According to a US Congress report, the war cost the American taxpayer a trillion dollars – a sum that could have averted the American economy’s collapse had it been invested in it, instead of in Baghdad. 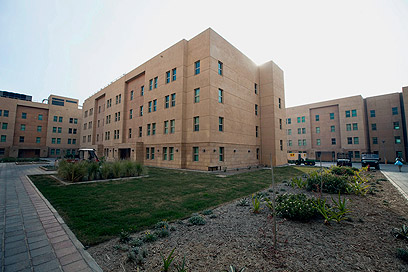 US Embassy in Baghdad (Photo: Reuters)

Nobel Prize Laureate Joseph Stiglitz estimated that the war cost much more. He claims that the US spent some three trillion dollars on the war, if one takes into account indirect costs such as health insurance, rehabilitation, the harm to America’s workforce, and the harm done to the economy.

A report published during the war noted that some 25% of American forces who returned from Iraq attempted suicide or seriously considered the option. Of those, some 10% (that is, 2.5% of all returning troops) managed to take their own lives, while others remained mentally disabled.

In the new game, Iraq – which is a democracy on paper only – is secretly being controlled by Iran’s ayatollah regime. Bush, a leader who was unable to plan a few steps ahead, built up the Iranian threat with his own hands through his unsettled score with Iraq. He hated Saddam Hussein, who attempted to assassinate George Bush Sr. during a visit to Kuwait. Yet there was more: Bush Jr. was determined to prove to himself, and mostly to his father, that he can manage a better war in Iraq – one that would eliminate Saddam.

It was no coincidence that Bush Sr., who was much wiser than his son, halted his army in the First Gulf War and did not allow American troops to enter Baghdad. He realized that Iraq must be made to capitulate and withdraw from Kuwait, but that it would be foolish to topple Saddam and break up Iraq, turning it into a state ruled by chaos. 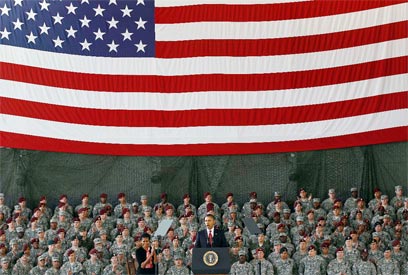 After the fall of the Twin Towers and the attack on the Pentagon on September 11, 2001, Bush Jr. decided to execute his contingency plans, and spun available intelligence information to fit with his thesis that Saddam was hiding weapons of mass destruction. George W. Bush was indeed a great friend of Israel, yet at the moment of truth he did not think about Israel, but rather, led a policy of turning a blind eye to events in Iran. He did not dream of imposing on it even a fraction of the sanctions imposed by President Obama thus far.

Now, the world is turning its attention to an even graver issue: The Iranian threat, and the way it emerged and grew stronger as result of Bush’s foolish war in Iraq. President Bush was in love with the Iraq war. His eyes sparkled when he spoke of the smart bombs that made Baghdad burn and lavished praise on his Secretary of Defense Donald Rumsfeld. Indeed, Bush brought plenty of technological brilliance to his war, but very little deep wisdom.

While Bush was engaged in the needless Iraq war, the real threat to the world and to the Middle East was taking shape before his eyes: The Iranian menace. Bush stretched the American army to its limit in Iraq (and in Afghanistan as well,) yet nobody issued warnings or reports on what was going on in Iran during those critical days.

There is no doubt that Iran is the big winner of the Iraq war. With all eyes on Baghdad, Tehran developed its nuclear sites with almost no one taking notice. Iraq was never an existential threat for world peace of for Israel. Bush, because of his ignorance and shallowness, did not realize that the fact Saddam Hussein was an Arab nationalist did not make him a Muslim zealot. When embarking on the war, the president did not even know the difference between Sunnis and Shiites. 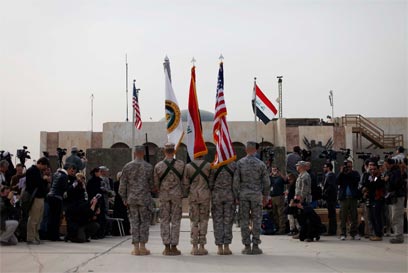 Ceremony ending Iraq war (Photo: AP)
Hussein was a blood-thirsty tyrant, yet also a secular leader who knew how to maintain stability in his country. He also knew how to fight the Iranians. Life in Saddam’s Iraq was a paradise compared to the chaos that followed the American invasion. Iraq, which used to be a stable state under autocratic rule, became a terror superpower with a puppet regime under American auspices. Those currently pulling the strings in Iraq’s new democracy are situated in Tehran, not in Baghdad. During the war, Iran fuelled the fire using its own methods: It joined forces with Shiite militias in Iraq, armed them, and at times even provided shelter for their leaders. The roadside bombs that blew up US armored vehicles and killed hundreds of troops were made in Iran. The mines planted on the road from Baghdad’s international airport to the American base were also made in Iran.

Iran war not in cards

Officials in Tehran were overjoyed to see the US doing the dirty work for them and eliminating their archenemy, Saddam Hussein. The Iranian administration did not waste a minute. It handed over funds to Iraq’s Shiite movements and secured alliances with them.

When the Obama administration engaged in negotiations with the Iraqi government on the US troop withdrawal, America sought to leave a few thousand soldiers in Iraq for a transition period. However, after an exhausting dialogue, Iraq said “no” to the US. This constituted a grave humiliation for the US, which thought that it deserves much gratitude from Iraq for imparting democracy. In an interview with BBC, the Iraqi PM’s senior advisor admitted that the decision to reject America’s request was affected by Iran’s desires and threats. Obama promised his voters to end the war in Iraq and delivered on his pledge. On the other hand, the US is still entangled deep in the Afghani quagmire. When President Bush embarked on these two wars, most Americans did not know where Baghdad and Kabul were on the globe. Now, these two locations had been etched into America’s collective consciousness as two black holes that sucked America’s power, durability, money and blood. After these two wars, the chances that President Obama will declare another war, in Iran, are very slim. While he makes sure to say that all options are on the table, the president who received the Nobel Peace Prize at the outset of his tenure will not be rushing to embark on more military battles following the trauma that the endless war in Iraq and Afghanistan left among the American public. Officials in Tehran know this too, and this is why they have no trouble giving the world the finger.