Barack Obama's reelection will concern the Israeli public throughout the election campaign and will likely affect the political establishment as well over the next four years. The US elections are the elections of the American citizens, who have America's interests in mind. The American economy has its own problems, and the State of Israel is not a major factor in the US' economic policy.

But when it comes to foreign policy, the US president will not be able to ignore the Middle East and Israel's key role in the region for long. Global energy prices, the threat of terror against the US and its interests abroad and the need to pull the American troops from Iraq and Afghanistan will force Obama to reassess his Mideast policy.
Right of Return
Abbas' bold statement
Roni Shaked
Op-ed: Despite Abbas' courageous remarks, general public not ready to give up dream of 'Greater Palestine'
Abbas' bold statement

Obama's reelection was received with mixed feelings in Israel. Israelis who support Netanyahu's Likud party or Lieberman's Yisrael Beiteinu party fear that Obama will push the Palestinian issue to the forefront and force a solution.

Other Israelis expect Obama to force a diplomatic solution because they believe we cannot reach an agreement on our own, while the rest, those who are affiliated with the Labor Party, are making every effort to downplay the Palestinian issue for political reasons.

Absurdly, the debate between the parties from opposite sides of the political spectrum on whether Israel has a peace partner or not has become a discussion on Israel's future as a Jewish and democratic state. The Palestinian issue must return to the top of the agenda during the election campaign, but not necessarily through outside pressure by Obama or negotiations with partners whose true intentions are disputed. We must adopt a new paradigm of independent action to create a reality of two states for two peoples. We must operate under the assumption that this reality would embolden a potential peace partner and help jumpstart negotiations that would lead to an agreement – even a partial one. 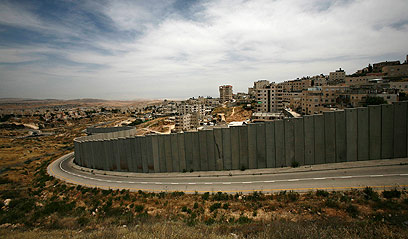 But even if this scenario does not play out, we will not lose our Jewish and democratic identity or our place as a legitimate partner in the international community. The two states for two peoples paradigm will silence those who demand that Israel allow Palestinian refugees to return to its territory.

I suggest that Israel announce that it does not have any demand for sovereignty over any territory east of the West Bank security barrier. This means that Israel must halt all construction in this territory and recognize the right of the Jews who were sent by Israeli society and its governments to settle there to return as victorious emissaries – in order to avoid a repeat of the disengagement from Gaza. We must prepare a plan for the settlers' absorption and enact a "voluntary evacuation" law, which will allow settlers to return before a peace agreement is finalized. Moreover, it is crucial that the IDF maintain its presence east of the security barrier and all the way to the Jordan Valley to ensure the safety of those settlers who decide to leave only after an agreement is reached. In order to preserve the nation's unity and prevent a civil war, the Israeli government must declare immediately that any diplomatic decision regarding the country's eastern border will be put to a referendum. According to the proposed outline, Israel will not be taking any security-related risks, and a security vacuum of the kind that allowed Hamas to seize control of Gaza will not be created. At the end of the day, only we can save ourselves from ourselves. The onus is on us to create a reality of two states. This is the only way to secure the existence of Israel as a Zionist, safe, Jewish and democratic state. General (ret.) Ami Ayalon served as head of the Shin Bet and commander of the Israeli Navy. He is also the founder of the Blue White Future movement.