Analysis: Gaza terrorists forcing most powerful Mideast country to play by their rules

Israel has found itself in a dismal situation vis-à-vis Gaza, whereby every two weeks or so it is forced to deal with another round of violence. The current strategy of thwarting terror attacks emanating from the Strip or merely responding to these attacks is essentially an admission that Israel's policy has failed. Israel always finds itself back at the point where the previous incident ended, and as these incidents become more frequent, Israel's deterrence diminishes.

The Palestinians are making a mockery of us. A guerilla group is forcing the most powerful country in the Middle East to operate according to its rules.

There will always be those who try to explain why the Gaza terrorists are attacking now and not, say, next week. Some say the current round of violence initiated by Hamas and its proxies is linked to the upcoming elections for the Islamic movement's leadership, while others claim it is related to the recent US elections and even to the upcoming elections in Israel. There are even those who claim that the escalation in the south is the result of tensions between Hamas and the Salafi movements and between Hamas and the Palestinian leadership in Ramallah.
Southern Front
Dragged into unwanted war
Ron Ben-Yishai
Analysis: Gaza terrorists assume Israel won't launch broad military campaign before elections
Dragged into unwanted war
But Gaza is not a course in Middle Eastern affairs. Israel is engaged in a violent conflict that has turned the lives of hundreds of thousands of its citizens into a living hell. For now, the Gazans are fighting for a strip of land near the security fence declared by Israel as a security zone in which it can operate freely. When this battle ends, they'll find another excuse. The Israeli government must convene and decide on a clear and stable policy vis-à-vis Gaza. Israel has three options: Restore deterrence by using massive force; maintain the current situation and put the residents of the south in shelters once every two weeks; or work toward reaching a long-term truce with Hamas by opening the crossings, offering additional concessions and essentially returning to the policy of no separation between the West Bank and Gaza. Hamas would find it difficult to give up on such a huge diplomatic victory. 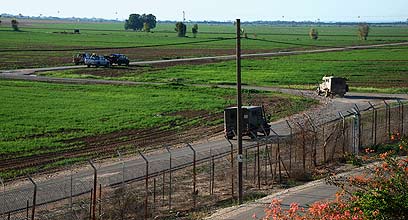 A lack of policy – this is the disease. The cure? There is no doubt that Israel will exact a toll from Hamas and the residents of Gaza - perhaps heavier than usual - in the near future.

But it is not only the politicians who are in need of some soul-searching. What was the IDF commander thinking when he sent a jeep on a mission several dozen meters inside Gaza? Under the current conditions, the likelihood that terrorists will fire a missile on this jeep is high. A commander who sends a jeep beyond the security fence is disregarding the fact that the IDF's activity along the Gaza border is anything but routine. This is an active border where terrorists open fire on a regular basis and an ongoing battle against guerrilla forces is being conducted. The commander who sent the jeep not only risked the lives of his soldiers, he compromised the border and all of the Israeli communities situated nearby, because Israel's response to the attack on the jeep resulted in rocket launchings from Gaza, which forced the residents of the south back into the shelters.