Indeed, it is the world's opinion that the Palestinians are really miserable people who suffer from Israel's terror regime and are forced to hurt those who humiliate and oppress them. The world fell victim to false propaganda, fictitious tales and fantasies that seem to have been taken out of One Thousand and One Nights. In this regard the Arabs are 10 times more competent than the Jews, not to mention the fact that Israel has neglected the public relations arena for years.
International Community
West's pet conflict
Guy Bechor
Op-ed: Europe obsessing over Israel-Arab conflict to avoid tackling real Mideast problems
West's pet conflict
We left the playing field for the Arabs because we assumed the world knew justice was on our side – and a person who believes he is right does not think he has to wage a propaganda campaign to prove and solidify his righteousness. We learned the hard way that this is not so. It turns out that if you repeat a lie a number of times, according to Nazi propaganda minister Joseph Goebbels' doctrine, it seemingly becomes the truth. The Arabs studied this doctrine and conquered public opinion. Many years ago, when I began to give lectures around the world, I was shocked to see that most of the audience believed there was an Arab Palestinian country that was conquered by the Jews, who then expelled the Arab population and made the country their own – Israel. Today I still sometimes have to explain – as I did back then – that the State of Israel was established following a UN resolution, and not the conquest of an Arab state that never existed. 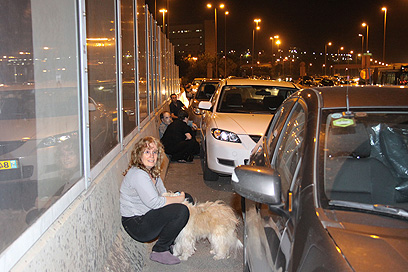 This is the power of the propaganda that turned 360 million Arabs in 22 countries into David and six million Jews in Israel into Goliath. The thousands of rockets fired by blood-thirsty terrorists on Israel's southern communities for some 12 years caused casualties and destruction, and forced more than a million people (about two thirds of them children and babies) to live in almost constant fear and uncertainty – all this did not change global public opinion or the one-sided reports from most foreign media outlets. The Palestinians remained the miserable and persecuted ones.

Today, following the display of hatred by hundreds of thousands of Gaza's residents, who cheered for their leader Khaled Mashaal when he said, among other things, that "we will never recognize Israel and continue to kill Zionists" – will the world continue to view the Palestinians as victims? It appears so. Public opinion won't be affected by the facts on the ground.

But things can be different. When the latest round of fighting between Israel and Hamas began I had five guests from Germany: Petra, a regional high school teacher, and her husband Holgar, who have been working privately for years to commemorate the Holocaust victims and erect memorials in their honor; and three of Petra's students – Martha (14), Anna (15) and Denise (16). They experienced two air raid sirens in Tel Aviv. The three students phoned their parents and told them they have nothing to be worried about.

"Everything is fine," they explained. "The reality here is very different from how it is depicted on television all the time."

When they returned to Germany they told their fellow students the truth about Israel and the attacks on civilians. We must also remember what Golda Meir once said: The life of an Israeli soldier is more important than global public opinion.