The delegates to the Conference of Presidents of Major American Jewish Organizations deserve our united applause for travelling to Paris last week to express solidarity with French Jewry, which has endured a rising number of violent anti-Semitic attacks in recent years, including the horrific incident in Toulouse last March in which an Islamist extremist opened fire at a Jewish day school, killing three schoolchildren and a rabbi.

In that context, it is also significant that the Presidents’ Conference delegation visited the Shoah Memorial in the suburban community of Drancy in the company of Imam Hassen Chalghoumi, the imam of Drancy. Imam Chalghoumi was among 70 European Muslim and Jewish leaders who took part in the First Gathering of European Muslim and Jewish Leaders, which was initiated by The Foundation for Ethnic Understanding and held in Brussels in December, 2010.

At that historic event, the first conference bringing together Jewish and Muslim leaders from across the continent, participants resolved to work together to combat anti-Semitism and anti-Muslim bigotry and defend ritual practices sacred to both faiths like male circumcision and ritual slaughter that have been under attack in recent years by courts and legislative bodies in Germany, the Netherlands and elsewhere.

The encouraging reality is that in the past several years, many top Muslim leaders in France and across Europe have been speaking out against anti-Semitic attacks, even when carried out by fellow Muslims, and vowing to stand together with their Jewish counterparts in opposing anti-Semitism and anti-Muslim bigotry. Many Jews are unaware that in the wake of the killings in Toulouse, large numbers of French Muslims took part in interfaith demonstrations and candlelight vigils in Paris, Marseilles, Nice, Lyon, Strasbourg, Grenoble, Bordeaux, Dijon, Lille and other cities. Major French Muslim organizations, including the French Council of the Muslim Faith and the Great Mosque of Paris strongly condemned the attack as being antithetical to the fundamental precepts of Islam. 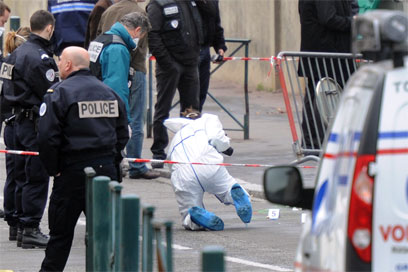 Working through organizations like the Amitie Judeo-Musulmane de France (Jewish-Muslim Friendship Society of France), many French imams have made trips to Auschwitz and subsequently issued moving statements denouncing Holocaust denial. In a compelling gesture of reconciliation, 15 French Muslim leaders followed the lead of 10 American Muslim leaders in sending an open letter to the chairman of Hamas, Khaled Mashaal, urging that Israeli prisoner Gilad Shalit, who had been held by Hamas for more than five years, should be released on humanitarian grounds. Shalit was released just over a month after the letters were dispatched.

France is hardly the only European country in which this positive Muslim engagement with the Jewish community has been taking place. The willingness of European Muslim leaders to speak out publicly against violent anti-Semitic attacks carried out by their co-religionists began in the United Kingdom in January 2009, when in the wake of an upsurge of attacks on Jews by Muslims during the Israel-Gaza war of that year, more than 20 prominent British Muslims signed a joint letter denouncing anti-Semitic attacks and calling for continued Muslim vigilance against anti-Semitism.

In the Ukrainian autonomous region of Crimea, local Jews and Muslims from the Crimean Tatar community have formed an alliance to fight rising hate crimes against both communities. Only a week ago, leading Muslim and Jewish leaders gathered in the German city of Osnabruck for an event in which they strategized on how to work together to combat anti-Semitism and anti-Muslim bigotry and to ensure that ritual practices sacred to both faiths are not circumscribed.

In short, while the growing number and growing violence of anti-Semitic attacks by Muslims in Europe is a deeply troubling phenomenon that must be combated, let us not overlook the greatly increased willingness of European Muslim leaders to denounce attacks on Jews and to stand with Jewish leaders against religious bigotry. Ongoing efforts to strengthen Muslim-Jewish relations by leaders in both communities play an indispensable role in protecting the security and well-being of Jews in countries in Europe and around the world with large and growing Muslim populations.