US President Barack Obama's upcoming visit to Israel has awakened traditional doses of controversy by his detractors and intellectual curiosity by those who support him. This time, however, it seems that Obama has decided to put not Israel but himself to test. Noble as his objectives may be, initial indicators suggest that he's gearing up for failure.

Obama's decision to avoid delivering a speech at the Knesset is nothing short of brilliant. First, only the true messiah could outdo the 29 standing ovations that Prime Minister Netanyahu received while addressing Congress in May, 2011. Second, President Obama's team has been hinting at a visit that will yield no political ramifications, whether due to intentional design or to the president's track record. Third – though difficult to determine the relative weight of this factor - beyond PR concerns and diplomatic pragmatism, Obama wants to do what every politician wants to do - speak to an audience that's interested in what he has to say.
Palestinian Authority
Obama, don't visit Ramallah
Shoula Romano Horing
Op-ed: US president must realize that peace is impossible as long as incitement to hatred and violence against Jews persists
Obama, don't visit Ramallah
The president's request to engage with students from Israel's universities should not come as a surprise. Israel's higher education system is one of the most competitive in the world. Its high-tech graduates are known as innovative leaders across the Global Village, while their business-major counterparts are building one of the strongest economies on the international scene. But, interestingly enough, President Obama is not coming to learn. He's coming to teach. Israel's student population is President Obama's ideal target audience. As in the United States, Israel's universities tend to be associated with Obama-style ideologies. Their students are exposed to patterns of critical thinking that question many aspects of society while overlooking others. Empowered with a sense of intellectual prowess, coupled with a Start-Up-Nation mentality, these young women and men will contribute to shaping tomorrow's world not just for Israelis but for everyone. Only time will tell what thoughts President Obama might choose to share with Israel's young minds, but it's not too early to consider whether or not his untold message will resonate, and whether it will make a difference. Shortly after the US administration announced that President Obama would be addressing university students at the Jerusalem International Convention Center, rumors began to spread that they chose to sideline students who attend Israel's newest academic heavyweight: Ariel University. 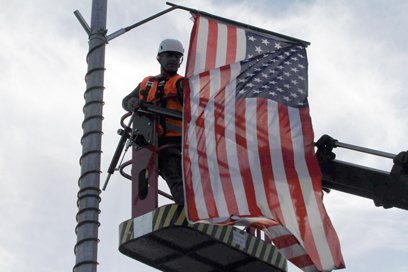 Processing oversight? Political statement? Diplomatic neglect? The State Department explained that they did not mean to slight Ariel's students personally, but that they invited only those institutions that have partnerships with the US Embassy. This statement, however, neglected to specify that no such relationships with Ariel's academic institution exist, due to the State Department's blanket boycott policy against all Israeli research conducted east of the Green Line.

Ultimately, the unintentional oversight rooted in an intentional boycott undermines not Ariel's students but rather the integrity of President Obama's visit. Wise, intelligent and bold as all of the event's attendees will be (including the guest speaker), Ariel University students are equipped with a critical characteristic will be otherwise sorely lacking in the room: The proven ability to make peace.

For more than 45 years, international powers have been suggesting peace plans for Judea and Samaria. For more than 45 years they have failed miserably at applying their theories to the reality known as the Middle East. Despite the conventional wisdom to the contrary, it will never be the special envoys and international representatives that bring peace to the region. The only people capable of making peace are the individuals, groups and populations that live alongside each other. Peace is not made between enemies. It is made by neighbors.

Ariel's visionary, founder and longstanding mayor, the late Ron Nachman, often told journalists that "Israel is not a laboratory. We don’t have the luxury of experimenting with our future. One mistake and that's it." Instead of experimenting with political theory, Ron Nachman created a sustainable reality. He connected the nearby Arab villages to Israel's electric and water lines and established industrial parks that provide thousands of Palestinians with employment. Just before he passed away, Ariel's academic institution, which educates over 500 Arab students while conducting consistent joint research projects with Palestinian academic institutions (notwithstanding the State Department's boycott of these initiatives) received full recognition as Israel's eighth and newest university. More than any other academic institution, Ariel University is uniquely positioned to formulate, test and implement a sustainable peace for the region. Its on-campus success can provide a working model to be adapted and emulated in countless additional settings. But if proven success is neglected in favor of rhetoric and political theory then true change will never come. Fortunately, President Obama's upcoming visit to Israel will be a low-risk experiment. Sadly, in his attempt to tone down expectations, Obama and his team have overlooked elementary laboratory requirements. In order to observe whether his ideas can affect reality he must interact with a test group that has the capacity to generate a meaningful impact. As long as he limits himself to his likeminded control group, President Obama's Israel experiment is bound to fail.

Avi Zimmerman is the executive director of the Ariel Development Fund