To many, the picture of a crying Arab father lifting his lifeless infant toward the sky will remain an image epitomizing Israeli injustice during the aggression initiated by Hamas in November 2012. The BBC reporter’s photograph depicting this personal tragedy has received an enormous amount of international attention leading to an almost unconditional outcry against the rules of engagement used by the IDF during Operation Pillar of Defense. Little has been said when a UN-mandated investigation concluded that the death of the young kid had been caused by a rocket misfired by Hamas that was originally aimed at Israeli civilian populations.

The incident illustrates that, regardless of the accuracy of the information, international media outlets and commentators have been covering stories related to violent engagements between Israelis and Palestinians in a very peculiar way. The basic tenets of this misinformation campaign are fundamentally linked to the way pro-Palestinian lobbies are interested in portraying the conflict. Despite the actual situation, the Palestinians in the story are to be presented as victims or potential victims, while the Israelis will invariably embody a single superior force impermeable to suffering. The most important part of this policy lies in stressing the fact that Palestinian actions are always justified. Even given the blatancy of the Palestinian aggression, the media do not hesitate to persist with such terms as “occupation,” “apartheid” or “embargo” when highlighting the developments in the region.
Peace Process
American insistence inexplicable
Elyakim Haetzni
Op-ed: Formal peace agreement between Israel and the Palestinians would only lead to more hatred
American insistence inexplicable
This reality leads to an essential question: In a conflict where the perception of the “other” has constructed a psychological wall dividing Israel’s enemies and the Jewish State, isn’t pro-Palestinian propaganda to be addressed as a major spoiler in any peace negotiation? Websites such as Electronic Intifada are unapologetically delivering biased, partial and one-sided information in their attempts to delegitimize Israel, its Defense Forces and its policies. The troubling thing is that international media repost such articles with very little changes and almost no critical insight. When addressing the wrongdoings of purposefully selected single IDF recruits, media outlets take pro-Palestinian information as an absolute truth without considering that Israel has strict policies punishing such attitudes, while Hamas and other terrorist networks repeatedly promote the killing of civilians.

On the one hand, this victimization process hammered into international media by pro-Palestinian propagandists is mostly evident when reports are issued over Israel’s policies in Judea and Samaria. Terms such as “apartheid,” “discrimination” and “colonization” are used daily along with the tendency of highlighting specific aspects of defensive actions taken out of all contexts in order to perpetuate an international pressure against the Jewish state’s policies. 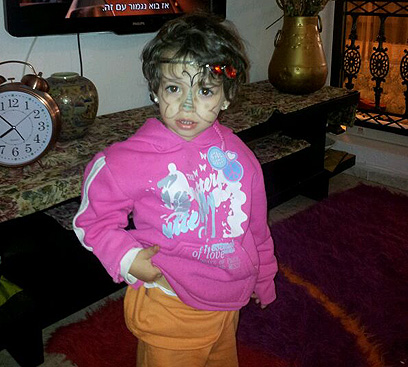 On the other hand, little attention is paid to the violence and hatred that the Palestinians living in Gaza, Judea and Samaria express on a daily basis against Israelis. Almost no one has addressed the fact that, in mid-March, belligerent Palestinians severely wounded an Israeli toddler by throwing stones at the car she was in, an act that anywhere else in the world would have been dubbed as criminal, to say the least.

In addition to that, pro-Palestinian actions worldwide are far from deserving any victim-like definition. Countless university demonstrations and conferences are held with such a tone and orientation, that free speech is pushed out at the benefit of hours-long rage against Israel following the usual procedures predetermined beforehand. On the same line, the disruption of concerts and Israeli artistic performances in numerous locations does not bode well for dialogue and bilateral understanding. As a result, these actions by pro-Palestinian groups reflect a bitter reality: Peace is not their direct objective. In their view, the delegitimization of Israel is the first step required to weaken it internationally, and only when the Jewish state looks like a demon will it be possible to start peace talks. In other words, these lobbies and associations are continuing their destructive actions by other non-conventional and, most of the time, underhanded means. Media outlets that attempt to analyze the situation from the outside while being completely unrelated to the conflict need to examine the information they are fed upon with extreme caution, since recurring pro-Palestinian propaganda will never lead to peace and stability neither for the State of Israel nor for the Palestinians living in Gaza, Judea and Samaria. In a conflict that has been going on for more than six decades, unbiased information must be seen as a true game-changing element. Parties should no longer oppose the Jewish state in unison because they will find themselves drowning in intellectual complacency and disseminating messages of hate, which ultimately helps neither the Israelis nor the Palestinians. By denouncing violent, non-democratic and antagonistic actions taken by Palestinians and their international supporters in the region or worldwide, media outlets would equilibrate the situation and lead to more feasible peace negotiations.

Riccardo Dugulin holds a Master degree from the Paris School of International Affairs (Sciences Po) and is specialized in International Security. He is currently working in Paris for a Medical and Security Assistance company. He has worked for a number of leading think tanks in Washington DC, Dubai and Beirut. Personal website: www.riccardodugulin.com