A new law being proposed by an Israeli parliamentarian would give preferential treatment in housing, employment and higher education to anyone who served in the army or did alternative national civilian service. The bill, which has been approved by the Ministerial Committee for Legislation, has sparked controversy over whether it discriminates against groups such as Arab citizens of Israel and ultra-Orthodox Jews, neither of whom do military service.

“This important bill gives those who serve the appreciation they deserve,” coalition chairman Yariv Levin said as he proposed it. “I am determined to promote this legislation until it becomes law.”

The measure would allow veterans to be preferred in hiring practices; to receive higher salaries; and to get preference in receiving dorm rooms at universities. None of that would be considered discrimination, which is illegal under Israeli law. Arab organizations argue the law is dangerous.

“This law redefines the concept of discrimination and says that it is legal,” Sawsan Zaher, the head of the economic and social project at Adalah, an organization that promotes equal rights for Arab citizens of Israel, argued to The Media Line. He opined that, “It also treats the Arab as ‘the other’ and encourages incitement.” 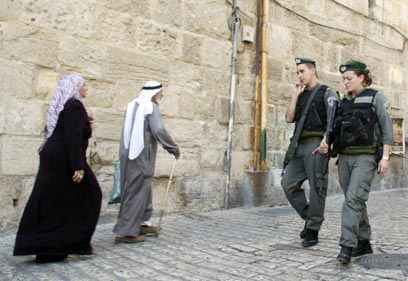 In Israel, all Jews are drafted into military service at the age of 18 – men for three years and women for two years. Ultra-Orthodox Jews, both men and women, have been exempt from the draft until now, although there are efforts underway in the current government to draft at least some of the men. Women from what is called the “national religious” stream, meaning they observe Jewish law but also study in universities, often choose to do “national service” instead of the army, where they would have to be in contact with men in ways deemed religiously inappropriate.

Arab citizens of Israel, who make up some 20% of the state, have never been subject to the draft. Many of them have Palestinian relatives and the government did not want to force them to potentially fight members of their own family. Several hundred Arab citizens of Israel have volunteered for national service, although the numbers remain small. After completing the army or national service, Israelis receive a series of government benefits. “These benefits vary depending on what units were served in and the length of service,” Josh Hantmann, a spokesman for Israel’s Ministry of Defense told The Media Line. A chart provided by the ministry shows benefits ranging from $5000 to $8000, although much of that can only be used for certain designated purposes such as education or buying a home. Demobilized soldiers also receive substantial discounts on income tax and at least one year’s free tuition at the university level. In his bill, Levin castigated groups of Israelis who, he said, “show disloyalty to the country and a lack of commitment to defend its existence.” Zaher of Adalah objected sharply to this type of language. “Yariv Levin sees the Arab as disloyal and someone who doesn’t contribute to the state,” she said. “This law would justify discrimination against Arabs.” It is not clear whether this proposed bill will pass on the three readings necessary to become law. Israel also has anti-discrimination laws on the books and a proposed law similar to this one was struck down during the term of the previous government. Adalah says it will challenge this law as well, if it does make it to the next stage. In the northern city of Haifa, Adalah won a court battle against the Technion – called “Israel’s MIT” – which was giving preference in the assignment of dormitory rooms to Jewish students who had completed their army service. The court struck down the practice as an illegal allocation based upon the students’ race. In Israel, Arabs and Jews often live separately. Arabs study in separate Arabic-speaking schools, and even mixed cities such as Haifa usually have separate Arab and Jewish neighborhoods. Recent polls show Jewish attitudes toward Arab citizens of the state hardening. Although only a handful of Arab citizens of Israel have been involved in terrorism, some Jews believe they are a fifth column and should not be trusted. Last year, a poll found that almost two-thirds of Israelis believed Jews should have preferences in public sector jobs. Almost half said that Arabs in Israel should be stripped of their citizenship. Arab citizens of Israel say that passage of this proposed bill will drive an even deeper wedge between the two sectors of the Jewish state. Article by Linda Gradstein