Has US Secretary of State John Kerry been able to broker the resumption of peace talks between Israel and the Palestinians?

The answer seems to depend on who is being asked the question. No one seems to be quite clear about it. Some will say yes, others say no, and some say maybe.

One thing is certain; the talks as promoted when Kerry made his announcement about their resumption are a definite maybe.

Senior PA officials say the talks in Washington, which have no specified date, are only a continuation of low level discussions. Further, they say the goal of these talks is to secure their precondition demands before they agree on resumption of formal negotiations.

Negotiations about negotiations, is not moving the peace process forward. In fact, if there is this much disagreement about defining what the negotiations are about, it doesn’t provide much optimism regarding the ability to engage in actual discussions on the substantive issues themselves in this decades long conflict.

One also has to consider what is motivating each side. In Israel’s case the desire for peaceful coexistence has long been known. The Israelis have repeatedly committed to accepting a Palestinian state, and showed a willingness to make “painful sacrifices” for genuine peace. This no doubt includes giving up the majority of Judea and Samaria for a Palestinian state. When you consider how small Israel is to begin, with giving up this much land to an enemy does indeed qualify as a major sacrifice. 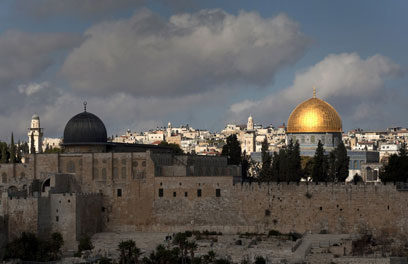 It’s also worth mentioning they have never had suicide bombers murdering innocent Palestinian children. Nor are their leaders honoring such murderers by naming public places after them.

Israel does not have a charter which requires the destruction of any other state. One doesn’t hear rabbis suggest murdering Palestinian Arabs is a holy act. There are no TV programs in Israel with little children singing or talking about the need to kill Palestinians. I don’t recall seeing any Israeli children’s summer camps where they are dressed in military clothes, given weapons, and taught to murder Palestinian children. Moreover, Israeli schools don’t offer curriculum which promotes killing of Palestinians.

However, one sees all of this and more emanating from the Palestinians.

So again I ask: What is their motivation? Are they in fact seeking a peaceful coexistence with the Jewish State of Israel? In a word – no.

They have a singular goal of eliminating Israel. Their precondition demands reflect this. For example, could they set up their own state on less than every square inch of land beyond the 1949 Armistice lines, (aka: ’67 borders)? Indeed they could….if they chose to. However, since their goal is the elimination of Israel, they want as much land as they can get. This brings them closer to their goal of Israel’s disappearance.

They also claim Jerusalem as their capital. Could they set up their state with a different capital, such as Ramallah instead of trying to steal Jerusalem from Israel? Indeed they could. Since Jerusalem is the holiest city on earth for the Jews, it’s also a non-negotiable. Thus, even if formal negotiations resume, the one issue which stands to derail a peace agreement is Jerusalem; whether it’s a precondition demand or on the table if formal negotiations ever take place. As of the moment getting beyond negotiating about negotiations seems quite daunting.

However, we can be certain of one thing: If actual negotiations resume, each side has very different goals. Israel wants peaceful coexistence with a Palestinian state. The Palestinians want Israel – gone.

Dan Calic is a writer, history student and speaker. See additional articles on his Facebook page