Memo obtained by Foreign Policy magazine reveals US intel agency kept file on prominent Jewish anti-war academic in 1970s. Chomsky in response: Systems of power typically try to extend their power in any way they can think of

WASHINGTON - After years of denials, the Central Intelligence Agency has revealed that in the 1970s it kept a file on prominent Jewish-American linguist and anti-war academic Noam Chomsky, but the files may have illegally been destroyed, the Foreign Policy reported Tuesday.

According to the magazine, the CIA had previously denied that it gathered information on the 84-year-old Massachusetts Institute of Technology professor, well-known for his anti-war activism in the Vietnam era. But now, after a freedom of information request, attorney Kel McClanahan received a memo that confirms the agency gathered records on the American leftist icon, the Foreign Policy reports.

In the document - dated June 1970 - a CIA official asks colleagues from the FBI for information about an upcoming trip of a group of anti-war activists to North Vietnam. The official says in the memo, which was obtained by Foreign Policy, that the trip had “the endorsement of Noam Chomsky.”

Professor Athan Theoharis, an expert on FBI-CIA cooperation and information-gathering, told Foreign Policy that "the June 1970 CIA communication confirms that the CIA created a file on Chomsky. That file, at a minimum, contained a copy of their communication to the FBI and the report on Chomsky that the FBI prepared in response to this request.” 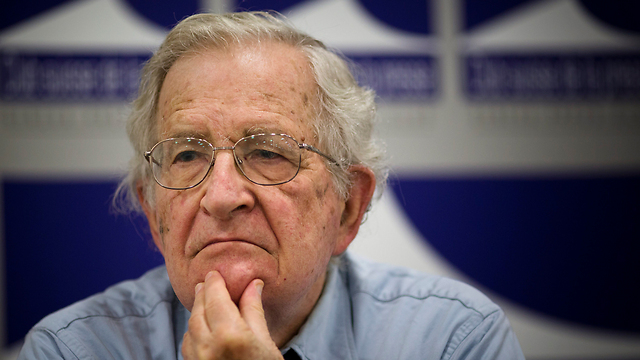 According to the expert, earlier CIA responses to requests about Chomsky files indicate that the records were destroyed “at an unknown time.” Additionally, that might have been done in violation of the law, which requires that all federal agencies get approval from the national Archives before eliminating federal records.

“It is important to learn when the CIA decided to destroy the Chomsky file and why they decided that it should be destroyed,” Theoharis is quoted as saying by Foreign Policy. He also alleges the Chomsky file was not the only record scrubbed from archives.

When asked about the alleged CIA file, Chomsky told The Cable “some day it will be realized that systems of power typically try to extend their power in any way they can think of.”

"What was frightening in the ‘60s into early ‘70s was not so much spying as the domestic terror operations, COINTELPRO," Chomsky said, referring to the FBI's program to discredit and infiltrate domestic political organizations. "And also the lack of interest when they were exposed."

In May Chomsky, an outspoken Israel critic, made headlines in the Jewish state when The Guardian reported he was among a group of 20 academics who lobbied British physicist Stephen Hawking to boycott the President’s Conference in Jerusalem.

During a visit to Gaza last year, Chomsky called "to end the Israeli siege" on the Hamas-ruled territory. "The Palestinian people have a right to live peacefully and in freedom," he was quoted as saying.

In May 2010, Israel barred Chomsky from entering the West Bank, where he was to deliver a lecture. He finally broadcast his speech by video link from Jordan.