Netanyahu: Self defense is more important than ever

In state ceremony marking 40 years since Yom Kippur War, prime minister addresses US-Russia deal to eliminate Syria's chemical weapons, says 'actions, rather than words, will be brought to a test'

Israel's heads of state on Sunday marked the 40th anniversary of the Yom Kippur War in a state ceremony in Jerusalem's Mount Herzl. "We are in the midst of a regional earthquake the likes of which have not been seen since Israel's establishment," Prime Minister Benjamin Netanyahu proclaimed.

Addressing the agreement to eliminate chemical weapons in Syria, Netanyahu said, "The understandings between the United States and Russia will be tested with results on the ground – the complete destruction of all the chemical weapons stockpiles used by the Syrian regime against its citizens.

"This test also applies to the international community's efforts to stop Iran's nuclear program. Here too, actions, rather than words, will be the deciding factor. In any case, Israel must be prepared to defend itself, by itself, against any threat and this ability and willingness is more important than ever." 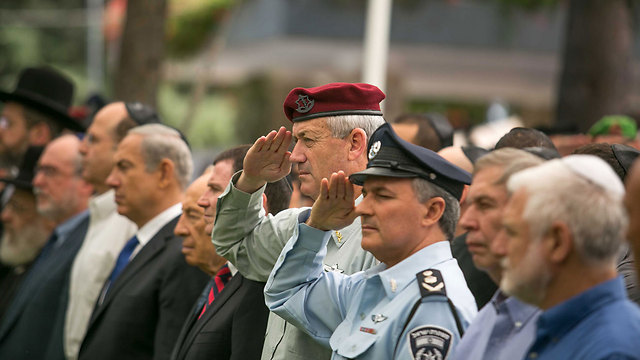 President Shimon Peres opened his speech by saying, "The gates of heavens were not open that day. Our prayer was not answered. The war broke out. Israel had erred and was caught by surprise and its sons sacrificed their lives with tremendous courage and rescued it."

Peres further added, "President Sadat surprised us twice – once by going to war and again in coming to Jerusalem. The military surprise became a diplomatic surprise. Syria, Egypt's partner in the war, refused to be its partner in peace. It is being punished for this refusal to this day. Sadat brought peace for his nation. Assad brought destruction. 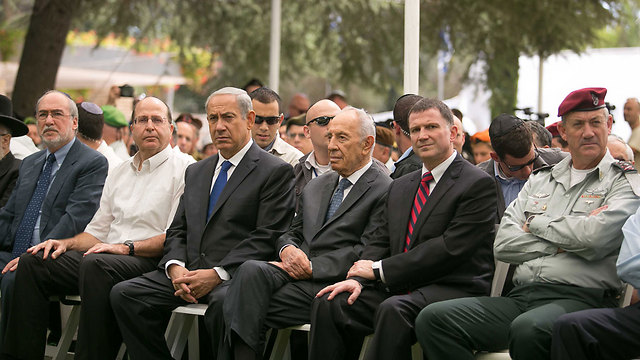 "His country is divided. Its people's blood is being spilled like water. The Syrian economy is breaking down as the war persists. He tried to build a nuclear option and failed. He prepared chemical weapons, used them, and had the Russians as well as the Americans pledging to destroy it. Assad has no choice but to keep this commitment. A military threat backing a disarmament agreement should serve as a lesson to Iran's leaders as well."

The Yom Kippur War broke out on October 6, 1973 and was the largest-scale war Israel has fought in terms of the scope of forces and fire involved. A total of 2,569 IDF soldiers were killed, some 7,500 were injured and 301 fell captive and were later returned.