Daily Mail reports women employees at Al-Madinah free school in Derby were ordered to cover entire body, not wear symbols of other faiths

A Christian teacher claims she was forced out of a controversial Islamic school after being pressured to follow an extreme Muslim dress code, the Daily Mail reported this week.

According to the British newspaper, women employees at the Al-Madinah free school were ordered not just to wear the hijab – scarf – to cover their head, but to cover the entire body and not wear symbols of other faiths.

The 50-year-old teacher condemned the school for being "more concerned about dress codes and not putting the children’s education first."

The Derby school drew criticism last week for its policy of sitting girls at the back of classrooms. Former teachers say reading fairy tales, playing musical instruments and singing are all banned. The Christian teacher, who does not wish to be named, started work there when it opened as a multi-faith free school a year ago but left three months later after she felt the rules had become too "strict." She said she was told nothing about a dress code in her interview or contract, but a month after she started the dress code handbook was distributed. 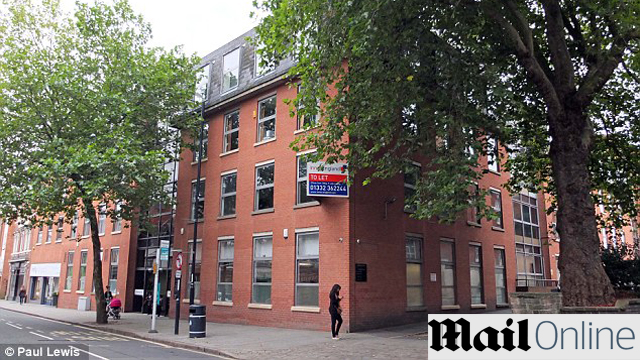 She started by wearing a head scarf or small hat, but took it off after classes, for which she was reprimanded. Shortly after that she began being "hassled" about the rest of her clothing and, on one occasion, was sent a text from the school saying it "insisted" on a "modest dress code."

She said she asked how her outfit – a business suit – was not modest and wrote to the head teacher saying she has always dressed in a professional manner. "The skirt was well below the knee and I wore thick black tights that covered my legs," she was quoted as saying by the Daily Mail. The teacher revealed how she was forced to resign after refusing to comply with a strict school dress code insisting all female staff wear hijabs regardless of their religion.

"Wearing the head covering was difficult for me because I am a Christian and had I known it was compulsory for non-Muslim staff I would never have accepted the position," she said.

"I also objected to the school’s policy of sitting girls at the back of classrooms, to no avail. The reason given was that girls are allowed to look at boys but the boys are not allowed to look at the girls, but how can that be good for the children’s education?"

The Daily Mail revealed on Monday that, following a series of complaints, Ofsted inspectors are to be sent to Al-Madinah "within days" to scrutinize the quality of teaching and leadership. This follows reports last week that former head teacher Andrew Cutts-McKay resigned from his role after alleging he was "bullied and sidelined" by members of the school’s trust, which is predominately Muslim. Two months earlier the deputy head, Suzanne Sutherland also stepped down, allegedly citing similar reasons. The school strongly denies their claims. Another former teacher who spoke anonymously to the Mail said the school "was like being in Pakistan," adding: "Boys go and eat lunch first at lunchtime and then the girls are allowed to go."

And one woman interviewed for a position claimed she was told she was not allowed to shake hands with male teachers.