Israeli mafia in Romania cooperated with local criminals to extort Israelis, including one doctor: Israeli citizens were arrested in Romania following a local investigation into assault, illegal confinement, robbery and extortion. According to Romanian media reports more than 10 Israelis and Romanians were arrested in 18 raids in Bucharest. The report was not confirmed by Israeli officials.

According to the different reports, quoting Romanian legal sources, the Israeli suspects established an organization that collected funds through violence. The sources noted that the organization also recruited Romanian citizens, who are linked to the local crime scene. 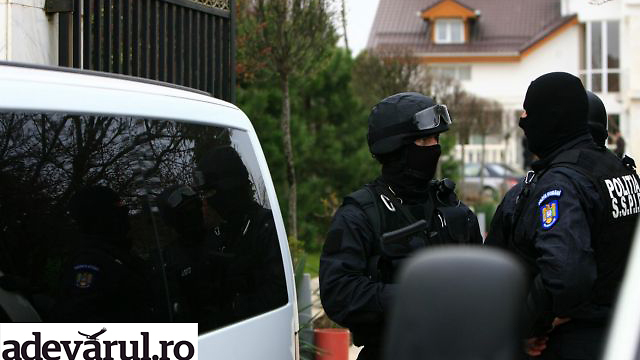 Romanian police carried out 18 raids
One of the Israeli-Romanian mafia victims was an Israeli physician. Sources quoted by the newspaper Adevarul said that a Romanian physician, dubbed "celebrity plastic surgeon", established an organization in order to collect money from the victim. According to the report, the Israeli physician was forced to pay €40,000. It is suspected that in the past year, the organization's members extorted large sums of money from businessmen using threats. Romanian media claimed that the victims are members of the Israeli community in the country, who were tracked by the suspects and targeted as wealthy individuals. The reports further revealed that some of the victims agreed to pay up to the extorters. The raids in Bucharest included the homes of the organization's members, as well as a law firm. Police sources noted that the suspects locked some of their victims up in order to extort valuable belongings and to force them to pay large amounts of money. It was further reported that on June 4, they forced one of the victims to come to a law firm, sign a services lease valued at €900,000 and transfer €93,000 immediately.

Several cases were revealed in recent years regarding the involvement of Israeli doctors in criminal acts in Romania. Last February, two Israelis, a physician and a laboratory technician, were arrested on suspicion of being involved in the trafficking of local women's eggs to Israeli couples. In July 2009, some 30 Israeli were arrested in Bucharest in a fertility clinic, also on suspicion of human egg trafficking.