Mother found bleeding in her home by teenage daughter, dies of wounds shortly after. Police are searching for suspect, who apparently stabbed victim who was his former partner

A 42-year-old woman died Tuesday morning after she was apparently stabbed in her chest and stomach in her home in Tel Mond by her former partner, a 49-year-old man whose identity is known to the police. Magen David Adom emergency services paramedics that were called to the scene tried to resuscitate the woman, while evacuating the victim, Nava Chen, in serious condition to Meir Hospital in Kfar Saba, where she died of her wounds.

As known thus far, the suspect arrived at the scene around 8 am, after the woman's young daughter went to school. He stabbed his ex-girlfriend at the entrance of her home in the central town of Tel Mond and fled the scene. She managed to walk several meters, collapsed in the yard and was found by her 17-year-old daughter who returned from a school trip to Poland.

Police and Border Guard forces are searching after the suspect in farmlands and orchards in the region.

Chen and the suspect were in a romantic relationship for about a year, and broke up in September. He harassed her on the phone, threatened her, and at the beginning of the month she filed a complaint with the police against him. Less than a week ago she once again complained about him. 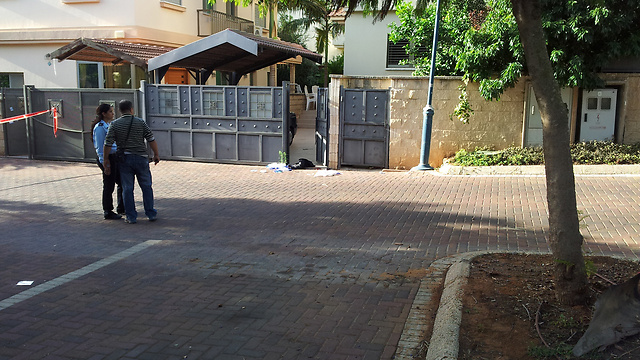 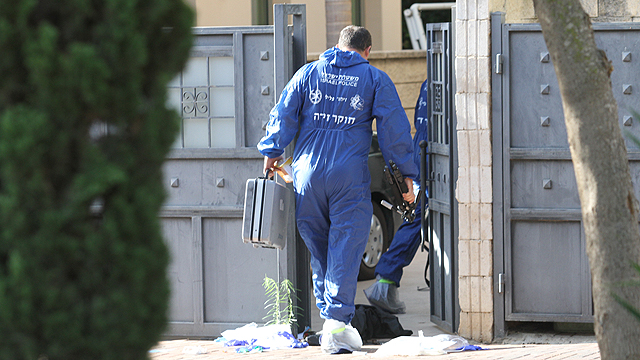 The police launched an investigation and tried to track him at two addresses that the victim provided, however it turned out the man was homeless and living in his car. Following the complaints, an arrest order was issued against the man and additional actions to find him were carried out, however with no success. Meanwhile, it was offered to the victim to move into a shelter, yet she refused. "We found a woman bleeding heavily. We immediately began resuscitation for a long time, until she had a pulse again," said MDA paramedic Abed Kashkush who treated the victim. "Her condition was very serious and unstable. The pulse was back but then stopped. While still resuscitating we decided to take her to the hospital."

On Monday, hours before the opening of the polls in the Israeli municipal elections, an assassination attempt took place. A candidate for Lod's city council was shot in the stomach. He is in moderate to serious condition.