Op-ed: Human rights groups, like the New Israel Fund, are cunningly working to turn Israel into a state of all citizens and neuter its Jewish character

"In 100 years Israel will have an Arab majority, and the disappearance of the Jewish state will not be the tragedy that Israelis fear since it will become more democratic.” These were the words used in February 2010 by then-New Israel Fund (NIF) Associate Director Hedva Radanovitz to describe her forecast, and just as much her vision and hope.

These remarks were not made in public of course, but in a conversation with the political advisor of the US Embassy in Israel, who passed them on as classified material to Washington, and they were revealed in late 2011 among the many WikiLeaks documents.

The NIF stressed in its response that Radanovitz, who also served as the executive director of Physicians for Human Rights and a senior employee of the Association of Civil Rights in Israel (ACRI), no longer holds the position, that her remarks reflect her own views, and that the NIF supports the Jewish people's right to self-determination. 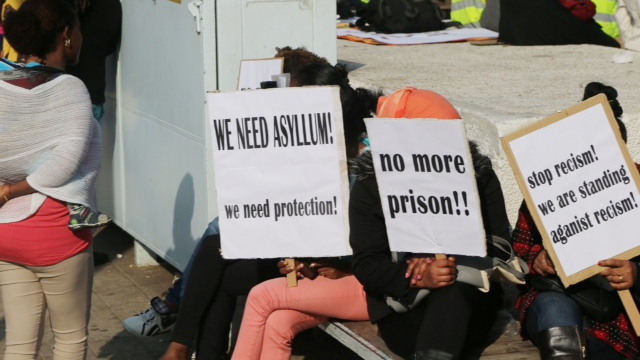 But the NIF, like many of its members and supporters, including Radanovitz, and like practically all local "rights organizations," most of which are financially and ideologically dependent on the NIF, have the written law, which is aimed of course at giving a simple and clear explanation for our suspicions and demonstrating to the public eye their "noble" and "magnificent" goals in favor of minorities, disadvantaged populations, excluded groups, and promoting the rights of wretched people wherever they are in general (not of Jews as Jews and definitely not of the Jewish state).

And there is the oral law, the principles of which are guarded very carefully from the public (unless they are coincidentally and erroneously "published," like in the WikiLeaks documents), which is dedicated to the really important goal as far as they are concerned: Undermining the State's Jewish character and creating security, diplomatic and civil de-legitimization, mainly external, for acting and conducting itself as such.

Conceal more than they reveal

And so, equipped with the wonderful democratic principle that there is more to it than meet the eye, these organizations are now working day and night to help the infiltrators put down roots in Israel – first as asylum seekers who will be recognized as refugees, then as permanent residents, and later on as citizens for all intents and purposes together with all their children. All this while making sure, with their usual holiness and tactics, to conceal more than they reveal, admit to what can no longer be concealed after it is revealed, and continue hiding what has yet to be revealed, whether it involves organizational, legal, propagandist or inflammatory aid or concerns the funding of their activities. For example, at the start of the infiltrators' recent protest activities, including the strike, protests, rallies and parades, these organizations denied any involvement, while taking the time to be "overwhelmed" in public at the wonderful "spontaneity" and maintenance of order in these activities. And so one could notice the "spontaneous handiwork" of the Sudanese and Eritreans, who carried signs with the caption, "Don’t forget that you were a sojourner in the land of Egypt," with remarkably organized and of course spontaneous transportation. One could also have noticed the rhetoric of the infiltrators' representatives, who remarkably quoted, only spontaneously of course, the UN conventions on refugees in clear Hebrew, or made use of the radical Left's best arguments about the "Israeli racism and discrimination against the other, particularly if he is black." And once the protest increased and more and more demands were made to look into who is behind those "spontaneous" activities and who is funding them, it turned out that that same fund, which makes sure to note in its website that "the protests belong to the asylum seekers – they are the ones who initiate them, manage them, and lead them," took the trouble to provide spontaneous aid to execute the first march and fund the spontaneous transportation of the infiltrators to Rabin Square in the big protest held there. It also turned out that another association dependant on the NIF greatly helped the infiltrators march from the Holot facility to Beersheba. Those human rights organizations, like the New Israel Fund, understand that only through tricks one can create a state of all citizens, and only through concealment one can succeed in neutering its Jewish character. And so, in the spirit of the aforementioned distinction between the means (the written law) and the goal (the oral law), which serves as the informal and concealed supreme structure of many of these organizations' members, they work tirelessly, and undisturbed, to uproot one of the key principles of the Proclamation of Independence and our existence here: A Jewish state in the Land of Israel.