Crimeans at the polls
Photo: AP

In support of Crimean secession

Op-ed: Why are we still pretending the multicultural melting pot model for ethnically divided states is sustainable?

Rather than maintain a futile paradigm, the international community should embrace positions that reflect political reality.

When it comes to Crimea and other breakaway territories, this requires sacrificing the golden calf of territorial integrity, whereby states refuse to recognize secessions even decades after the laying of irreversible facts on the ground.

The events in Crimea once again demonstrate that despite the liberal democratic community’s best efforts, the multicultural melting pot model for ethnically divided states is rarely sustainable. Whether in Cyprus or Georgia, division rather than coexistence pervades. Even in democracies, trends are emerging.

Catalonians overwhelmingly demand independence from Spain, and a referendum on Scotland’s future will take place this year. More than a decade after the Good Friday Agreement, the “peace walls” in Northern Ireland stand firm.

World leaders have come close to developing realistic positions, but have ultimately fallen short. In pushing his plan for a federated Iraq during his presidential bid, Vice President Joe Biden noted the primary outcomes of such conflicts: One side wins in a bloodbath, the desire to fight expires or a type of federal system emerges.

The first two propositions are accurate as reflected in Sri Lanka’s eradication of the Tamil Tigers and the mutually hurting statement leading to an end of The Troubles (of Northern Ireland).

The last proposition, however, in reality exists as a Clintonian marriage: the parties remain unified in name only. The Republic of Srpska is technically part of Bosnia but acts in concert with Serbia, and the government of Iraq cannot even get Kurdistan to submit to centralized oil distribution let alone “extradite” former vice president and de facto war criminal Tariq Hashemi. 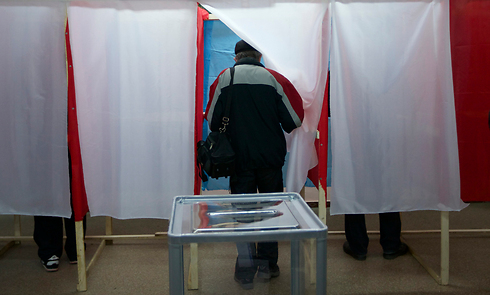 So why do these arrangements continue to existence? In part, justification is punitively based. Bosnian Serbs disproportionately engaged in war crimes during the Balkans Wars and as a result are denied self-determination. Such aggression, the reasoning goes, should not be rewarded.

There are also geopolitical considerations. An independent Kurdistan would be vociferously opposed by Turkey and Iran. But does anyone believe Turkey would follow Russia’s path of isolation by invading Kurdistan or that Iran would attack one of the West’s closest Muslim allies?

To be certain, the unshakable tide of national self-determination does not absolve Russia of its egregious intervention in Ukraine. Potentially emerging customary international law suggests that at the very least, such intervention requires a humanitarian crisis as was the case in Kosovo, which much scholarship still holds as illegal albeit justified.

Even India’s unprovoked 1961 invasion and annexation of Goa found sympathy on the grounds of ending oppressive Portuguese colonial rule. Russia’s actions do not come close to being justified on similar grounds.

The aims of Crimean self-determination, however, should not be rendered illegitimate due to the illegitimacy of Russia's actions. After all, the International Court of Justice validated Kosovo’s declaration of independence, treating it as a separate issue despite substantial arguments that it was made possible through unlawful intervention as recognized by even the British parliament’s Foreign Affairs Select Committee.

Ukraine will not retain Crimea, and the question therefore is how it will deal with this. It is welcome to go the route of Cyprus, which has engaged in decades of futile tirades against Turkey only for its own population to reject a UN sponsored reunification referendum, or it can go the route of Serbia and Sudan by cutting its losses and moving on.

Ukraine’s top priority should be ensuring the rights of the Ukrainian and Tatar minority that choose to stay in Crimea rather than resettle in Ukraine. This requires cooperation.

The international community should therefore agree to look sympathetically at recognizing the Russian-supported breakaway states of Transnistria, Abkhazia and South Ossetia.

Understandably, this proposal is controversial and challenges fundamental precepts of modern international relations, but it is time that paradigms adapt to political reality. Matthew Mainen is a Policy Analyst at the Institute for Gulf Affairs.