'Jewish life in the heart of Arab neighborhoods is not a real Israeli interest'
Photo: Noam Moskovich

There are interests of the state that one should not compromise, even at the cost of escalation. The first interest is the immediate need to decrease the level of violence. This requires both a bolstered presence from the security forces and a more determined use of force.

These two things create more friction and more anger on the other side, but the alternative appears to be much worse.

The ongoing insistence on maintaining the status quo on the Temple Mount, in regards to Jews' rights as well, is something we must not compromise on either. Similarly, we can agree that building new Jewish neighborhoods is a clear interest – both as a municipal response and as a national need.

It's no secret that as far as Israel is concerned, it's important to create a strong east-west sequence between Ma'aleh Adumim and Jerusalem, while the Palestinians have an opposite interest – to maintain a north-south Arab sequence between Ramallah and Bethlehem.

These three issues create tension and friction, but they also represent a real interest we should insist on. Are there any additional Jewish activities that create friction but do not represent a real Israeli interest? I believe there are. I am referring to Jews' attempts to live in the heart of Arab neighborhoods. 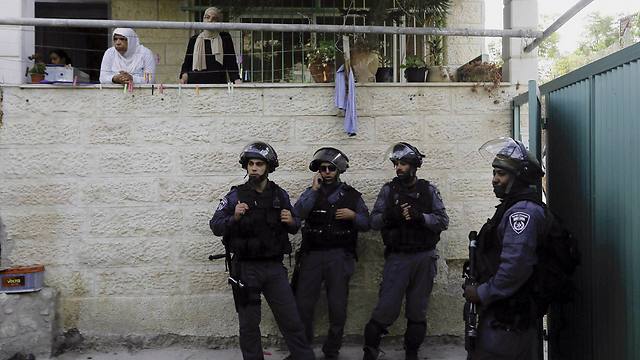 This trend began in as early as 1987, when Ariel Sharon insisted on renting a house in the heart of the Muslim Quarter in Jerusalem's Old City. Since then, groups like the Ateret Kohanim and Elad associations and others have succeeded in purchasing homes in the heart of Arab neighborhoods.

Sometimes, this activity is accompanied by legal proceedings and forceful evacuation of Arab residents, evoking sharp international criticism against Israel, including from the American administration.

When people or associations legally purchase a home or realize their rights of property, it is allegedly a private matter, and so regardless of whether it looks good or bad, the government is not a side in the matter. In practice, the situation is different.

The moment the property is purchased or realized, the buyer seeks to construct new buildings and even a real neighborhood on the same land. The planning authorities tend to approve it, and so mini Jewish neighborhoods develop in the heart of an Arab neighborhood.

We are not talking about an open area where a new Jewish neighborhood is established with thousands of families (like Har Homa), but about a piece of land densely populated by Arabs, within which a tiny Jewish neighborhood is established with building permits that would not have been granted to Arab landlords in the area under any circumstances. It's like giving the Arabs the finger.

The Israeli government is apparently failing to make the required distinction between building new neighborhoods in open areas and establishing Jewish "outposts" in the heart of Arab neighborhoods. Both activities provoke criticism against Israel, but while the first has a clear municipal and national benefit, the second activity is more irritating and does not contribute a thing.

In order to ease the tensions in Jerusalem, we must convey two messages to its Arab residents: On the one hand, a firm hand against disorderly conduct, and on the other hand – showing consideration for the things that bother them too.

The thing that bothers them the most, and contains no real Israeli interest, is those Jewish outposts in the heart of the Arab neighborhoods. That has to be stopped.