Op-ed: Even if it is allegedly permitted to curse Arabs or call for Israel's destruction, it must not be done with state's support or at its expense.

Don't go shouting "freedom of expression," nor "freedom of art" or "McCarthyism." That's not what this is about. Not every case of incitement can or needs to disguise itself as freedom of speech.

Both decisions are justified, because there is a big difference between the freedom of expression – which has to be wide, irritating and provoking – and the state's obligation to fund incitement, against Arabs or against the state.

Both decisions do not violate the freedom of expression or interfere in the freedom of art. But both decisions clarify that even if one is permitted to curse Arabs or call for Israel's destruction – and I'm not sure that is actually permitted – it definitely must not be done at the state's expense or backed by the state.

Minister Uri Orbach, who initiated the important ceremony at the President's Residence about the deportation of Jews from Arab countries and Iran, in which Benayoun was slated to perform, has decided to boycott the ceremony. What an odd decision.

Benayoun's song includes the words "ungrateful scum," referring to Israel's Arabs. There is racist scum in every community, in every nation. But such a generalizing reference is racist incitement. Perhaps even a criminal offense. And even if it isn't, the presidency is a symbol. Hosting a person who only several days ago published an inciting and racist song legitimizes racism.

It should be noted that out of a population of about 1.25 million Israeli Arabs (excluding East Jerusalem), few have turned to murder. There are irritating calls, there are outrageous protests. There is an Arab leadership composed of people like former Knesset Member Azmi Bishara, Islamic Movement leader Raed Salah and Knesset Member Hanin Zoabi, which goes to the trouble of incitement, yet not a thousandth have taken the road Benayoun is talking about.

It has happened much more, in an absolute and relative manner, among the Muslims in Britain. The large majority of Israel's Arabs have taken a different road. They deserve respect for that. 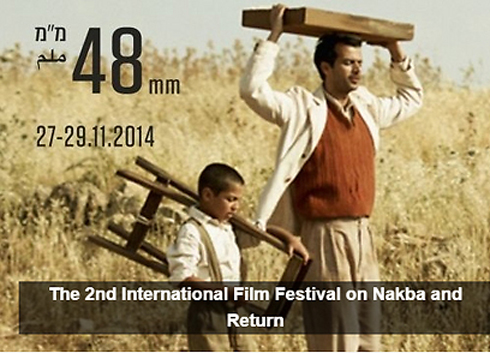 The culture minister made her decision several hours before the president. Livnat turned to Finance Minister Yair Lapid and demanded that he cancel the funding of the Tel Aviv Cinematheque. The subsidized institution decided to sponsor a film festival of the Zochrot association, which promotes the "right of return." We are talking about a propaganda arm of Palestinian terror.

The festival itself includes comparisons between the Holocaust and the Nakba, and of course between the Israelis and the Nazis. This is not just demonization. It's Nazifiction.

The Budget Foundations Law states that the finance minister is entitled to cut funding to a body which incites racism or denies Israel's existence as a Jewish and democratic state or marks the day the state was established as a day of mourning. The Zochrot association apparently suffers from all of the above.

There is not a single state in the world which sponsors bodies that act against the state's pivotal essence. So Livnat is right. The ball is now in the finance minister's court.

The Israeli society's problem is that many of those who like the first decision loathe the second one, and those who like the second decision loathe the first one. Let's leave the hypocrites alone. What we need is one clear national stand: Yes to freedom of expression and art – not always, and not necessarily, with the state's support and at its expense.