'We are haunted much in the way a cemetery is haunted' (illustration)
Photo: Index Open

In new book, 88 descendants of Holocaust survivors tell how they inherited memory and how they hope to pass it on to future generations.

As the liberation of Auschwitz approaches its 70th anniversary next year, descendants of Holocaust survivors face a dilemma that will deepen as time passes – how to transmit "received memory" to future generations.

In a book named "God, Faith and Identity from the Ashes: Reflections of Children and Grandchildren of Holocaust Survivors," 88 of them tell how they inherited the memory and how they hope to pass it on.

"Many if not most children and grandchildren of Holocaust survivors live with ghosts," Menachem Rosensaft, a son of survivors, writes in the introduction of the book he edited.

"We are haunted much in the way a cemetery is haunted. We bear within us the shadows and echoes of an anguished dying we never experienced or witnessed."

Essayists are from 16 countries and aged between 27 to 72. A few were born in Displaced Persons camps in Europe at the end of World War II but many are grandchildren in their 20s and 30s. None had any actual memory of the Holocaust, in which the Nazis murdered some six million Jews.

While many books and studies on children and grandchildren of Holocaust survivors concentrate on psychological aspects, the essayists focus on how their parents' and grandparents' experiences helped shape their identity and their attitude towards God and Judaism. At least one is an atheist. 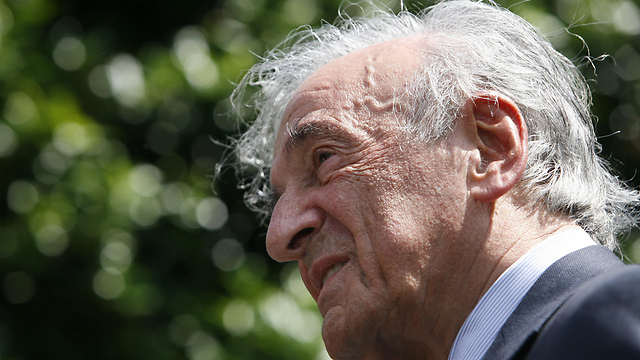 The 51 men and 37 women include academics, writers, rabbis, politicians, artists, journalists, psychologists, an actor and a sexuality therapist.

One of the youngest is Alexander Soros, the 29-year-old son of investor George Soros. When his father told him of his experiences as a child in German-occupied Budapest in 1944 it was their first bonding experience.

One of the oldest, 72-year-old Katrin Tenenbaum of Italy, writes that as the distance with the Holocaust increases "the more sorrow loses its focus, becoming in a way more diffused and, at the same time, more difficult to grasp."

The book, published by Jewish Lights Publishing in the United States, starts with a prologue by Nobel Peace Prize winner Elie Wiesel, 86, who survived the Auschwitz and Buchenwald camps.

He tells those who have received memory: "We are always telling you that civilization betrayed itself by betraying us, that culture ended in moral bankruptcy, and yet we want you to improve both, not one at the expense of the other."