Hillary Rodham Clinton can claim a piece of the victory if the US and other world powers ultimately complete a final nuclear deal with Iran.

And she will own a piece of the failure if the negotiations collapse or produce a weak deal.

Her statement after a tentative agreement reached Thursday suggests the soon-to-be Democratic candidate for president knows those are her stakes.

She called the framework "an important step," while cautioning that "the devil is always in the details."

"The onus is on Iran and the bar must be set high," said Clinton, who helped lay the groundwork for the diplomacy with Iran as President Barack Obama's first secretary of state. "There is much to do and much more to say in the months ahead, but for now diplomacy deserves a chance to succeed." 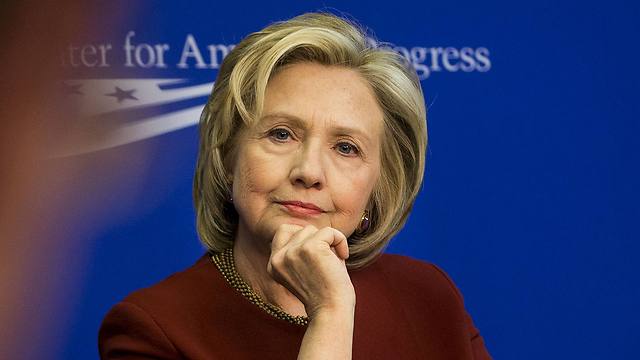 Hillary Clinton at a Washington event in March (Photo: AP)

The issue will figure prominently in the foreign policy debate of the 2016 presidential campaign. Nearly all the expected Republican candidates said the outline agreement was dangerous to US interests.

"This attempt to spin diplomatic failure as a success is just the latest example of this administration's farcical approach to Iran," said Florida Sen. Marco Rubio. He is likely to make foreign policy a centerpiece of his candidacy.

But Clinton occupies a unique space on the nuclear issue because of her role in Obama's Cabinet. She sent a close adviser, Jake Sullivan, to participate in the secret talks with Iran that led to the start of the international negotiations over the country's nuclear ambitions.

Clinton is also navigating delicate ties with Israel and the American Jewish community, an influential group of voters and donors. Prime Minister Benjamin Netanyahu, a fierce critic of the Obama administration's outreach to Iran, described the framework deal as a threat to "the very survival" of his nation.

"I don't know how you can maneuver all aspects of this politically," said Ray Takeyh, a senior fellow for Middle Eastern studies at the Council on Foreign Relations. "You can be supportive and skeptical. I suspect that's the direction."

The tentative agreement announced Thursday by the US and its negotiating partners -- Britain, France, Germany, China and Russia -- is aimed at keeping Iran from developing a nuclear weapon. Negotiators have until June 30 to settle the technical details.

The deal would remove economic penalties against Iran once the UN nuclear agency verifies Tehran's compliance.

At times, Clinton has tried to play up her connection to the historic diplomacy. The US and Iran severed diplomatic relations in 1979 after the Islamic revolution and the storming of the US Embassy in Tehran, where 52 Americans were held hostage for more than a year.

Clinton wrote in her memoir of how she set the negotiations in motion by facilitating back-channel discussions with Iran through the sultan of Oman, who suggested the talks after he helped free an American hiker held by Iran. Clinton tapped Sullivan to establish contact with the Iranians in 2012, an important step in the path to Thursday's preliminary agreement.

Sullivan has closely consulted with Clinton on policy as she prepares to announce her presidential campaign this month. Yet Clinton also expressed doubt as the talks dragged on and she neared a return to politics.

Last year, Clinton told an American Jewish organization that while Obama had given 50-50 odds of an agreement, she was "skeptical the Iranians will follow through and deliver." She said she had "seen many false hopes dashed through the years."

Clinton appears set to go on offense against the Republicans in the race on Iran. After dozens of Republican senators sent a letter to Iran's leaders warning that Congress could upend a deal, Clinton said the lawmakers were "out of step with the best traditions of American leadership."

"Either these senators were trying to be helpful to the Iranians or harmful to the commander in chief in the midst of high-stakes international diplomacy," she said. "Either answer does discredit" to the letter-signers.