When will we see pictures of a tractor on Givat Hamatos?
Photo: Gil Yohanan 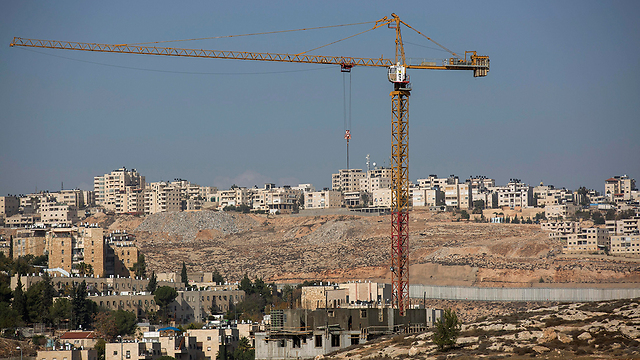 And the Jerusalem construction freeze goes on

Op-ed: Netanyahu insists that there are no building restrictions in the capital, but half a year after Trump’s inauguration, construction plans in Jerusalem are still stuck in the district planning committee.

Officials at the Prime Minister’s Office insisted again this week that there are no building restrictions in Jerusalem. Reality, however, says otherwise. Half a year has passed since Donald Trump was sworn in as president in the United States, and construction plans in Jerusalem are still deep in the national freezer.

Take, for example, the construction plan in Givat Hamatos, which is located between Talpiot and Gilo. This plan, which has been under discussion for years, is vital for Jerusalem. The plan, which includes the construction of 3,000 housing units, 600 of them for the young residents of the Arab town of Beit Safafa, is stuck in the District Planning and Building Committee. This committee, like the Jerusalem Municipality’s local planning committee, is receiving messages from the Prime Minister’s Office. Not directly from Prime Minister Benjamin Netanyahu, but through the National Security Council. They are basically telling them: Don’t discuss this now. There’s a visit. It’s sensitive. Discuss it in two weeks. In two months. In six months. Later and later and later. And this is how construction is created in practice.

The Jerusalem neighborhood of Pisgat Ze’ev, where 300 housing units on the main street have been stuck for two years (Photo: EPA)

“Everything that has to do with construction beyond the Green Line is stuck in the Prime Minister’s Office. That’s where it stops,” a senior Finance Ministry official told me this week. “I find it hard to believe that Netanyahu will approve Givat Hamatos, not even after Trump. It’s sensitive.”

Things are sensitive in the heart of Pisgat Ze’ev too. Three hundred housing units on Moshe Dayan Street, the neighborhood’s main road, have been stuck for two years. The contractor is losing his mind. So are municipality officials. “Our young generation is fleeing the city,” Deputy Mayor Meir Turgeman, who is in charge of the construction portfolio, said this week. “We are being told that there is no freeze, but the plans are stuck in the district committee. Before the Trump era, I used to receive all kinds of messages to avoid discussing certain plans. I’m no sucker. I advanced them anyway. And then it got stuck in the Housing Ministry or in the district committee. After Trump’s election, I felt a little less pressure, and I started trying to further plans that were stuck. It’s not working. The district committee is simply not bringing them up for discussion.” Arieh King, a Jerusalem Council member and director of the Israel Land Fund (ILF), has come up with creative ways to go around the construction freeze in the city. In Beit Hanina, the neighborhood bordered by Pisgat Ze’ev, only one kilometer away from the 300 frozen housing units on Moshe Dayan Street, construction plans are being approved and advanced freely. The ILF bought lands in Beit Hanina, but avoided registering them. It waited for the construction plan on the land to be approved, and only then registered the conveyance of the land from Arabs to Jews. “That’s the way to build today in Jerusalem beyond the Green Line—to submit plans as an Arab,” King explains. “If you’re a Jew, you’ll be stopped. That’s how we’re marketing the Nof Shmuel neighborhood in Beit Hanina, which will include 150 housing units.” Similarly, the construction of 300 housing units in Gilo has been frozen, but King has managed to advance construction in the outskirts of Beit Safafa, just one kilometer away, using the same methods. Construction hasn’t been frozen everywhere in Jerusalem beyond the Green Line. Houses are being built in Neve Yaakov and in Har Homa, and following Friday’s deadly terror attack at Nablus Gate, a few dozen units were approved this week in Har Shlomo. But there definitely are building restrictions in Jerusalem. Netanyahu posted on his Facebook page this week a picture of a tractor preparing the ground for the construction of a new community for the Amona evictees. “There has never been and there never will be a better government for the settlement,” he wrote. I wish. Let’s wait for pictures of the tractor on Givat Hamatos.