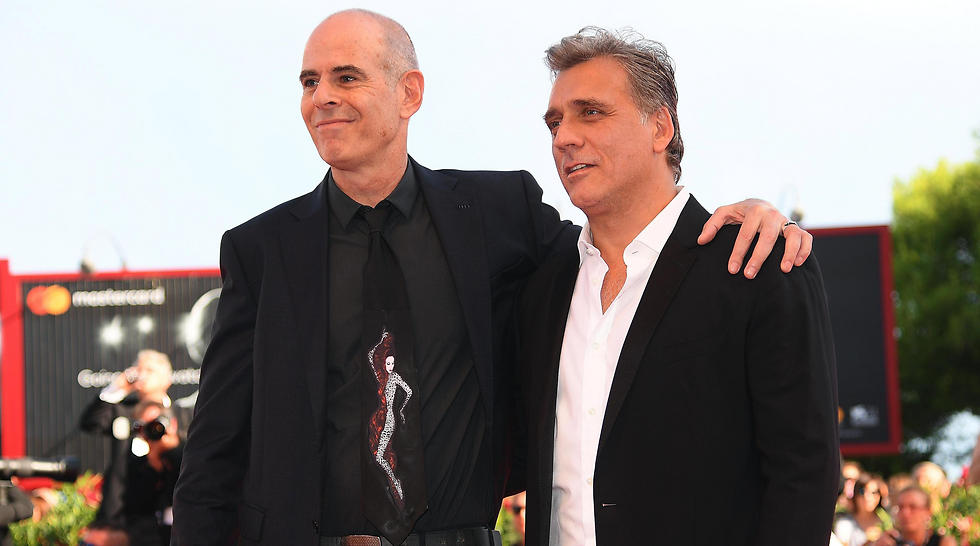 Foxtrot is a parable about fate and peoples' powerlessness to direct their destinies.

The film opens with an affluent Tel Aviv couple being informed their soldier son has died in the line of duty. The film later explores the way trauma scars individuals and societies, and ripples across generations.

Foxtrot director Samuel Maoz (L) and star Lior Ashkenazi (Photo: EPA)
Similarly to Maoz's 2009 outing, Lebanon, which won the Golden Lion in Venice that year, Foxtrot is also rooted in the director's own life story, and his eldest daughter's brush with death when she missed a bus that later blew up in a terrorist attack.

Despite placing as runner-up at the renowned film festival, the director expected criticism in his home country for his treatment of the army, still a hallowed institution in Israel.

"I find it outrageous that Israeli auteurs are contributing to inciting Israel's younger generation against the world's most moral army," the minister said Saturday night, "slinging lies under the guise of artistic expression."