Zehava Shaul with a picture of her son, Oron
Photo: Avihu Shapira 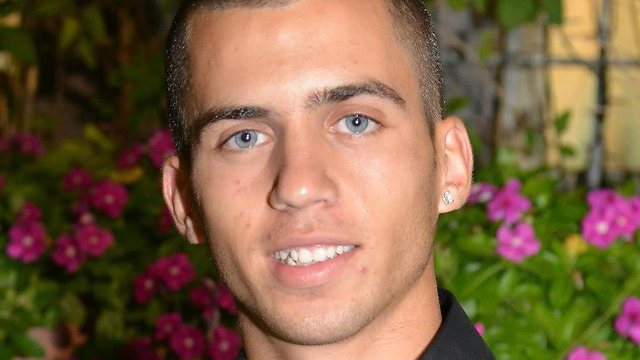 Family of Staff Sgt. Oron Shaul, believed to have been killed by Hamas in Protective Edge, has been waiting since August for government to appoint a new POW, MIA coordinator; 'The Israeli government is disrespectful of IDF soldiers who went out to defend it,' says the family.

Staff Sgt. Oron Shaul's family threatened to appeal to the High Court of Justice on Sunday, unless the government appoint a new coordinator of prisoners and missing persons instead of Lior Lotan, who announced his resignation last August.

Oron is believed by the IDF to have been killed in '14, during Operation Protective Edge, after which his body was also kidnapped by Hamas. Shaul's family, however, have continually pointed to the fact that no hard evidence has been presented to attest to his death, and as such Oron may still be alive.

Oron Shaul, believed to have fallen during Operation Protective Edge

Oron's brothers and his mother, Zehava, stated that "the Israeli government is disrespectful of IDF soldiers who went out to defend the State of Israel. It is inconceivable that after more than a month, there is no governmental body to deal with the issue of POWs and MIAs. The fact that no new coordinator has been appointed attests to the government's negligence in its conduct toward us and toward Oron, who has not yet returned from the battlefield."

The Shaul family expressed their frustration at the fact that there is no one is seemingly be dealing at present with the issue of returning Oron home, especially in light of the apparent reconciliation between Hamas and Fatah.

Lotan, who performed the job of coordinator voluntarily for the past three years, stated upon his resignation that the job is very demanding both professionally and personally, and that it is therefore appropriate to see to a change among those leading such efforts every few years. Following his resignation, the families of Shaul and Lt. Hadar Goldin, who is also believed to have been killed by Hamas forces during Protective Edge, claimed that they had been abandoned by the system and demanded that a replacement be appointed soon.

Oron with his father Herzl, who has since passed away (Photo: Family album)

It should be noted that Prime Minister Benjamin Netanyahu did appoint his military secretary, Brig. Gen. Eliezer Toledano, to head coordination efforts until a permanent appointment will be made.

The Shaul family's lawyer, Ishai Sarid, accused the government of causing the family undue suffering. "The prolonged delay in appointing the coordinator exacerbates the suffering of the families and harms the chance of returning the boys. If no coordinator is appointed in the coming days, the Shaul family will appeal to the High Court of Justice to fix this."

Hadar Goldin's parents, Simha and Leah Goldin (Photo: Gil Yohanan)
"The recent developments in the Palestinian sector and in the Egyptian axis give the Israeli government a new opportunity to bring Oron and Hadar back from Gaza and to end the 'Protective Edge war' after more than three years. The establishment of the unified Palestinian government this week and the rapprochement with Egypt create conditions and opportunity that must not be missed. Civilians are a primary humanitarian issue, and Israel must clarify this to the parties in the region and to the international community," he said.

Zehava Shaul during a rally for the return of her son (Photo: Effi Sharir)

Goldin made the remarks at Moshav Bnei Ram at the end of the Sorek River Race in honor of Hadar Goldin, which was attended by thousands of runners.