Breaking the Silence Spokesman Dean Issacharoff. This is how the system works 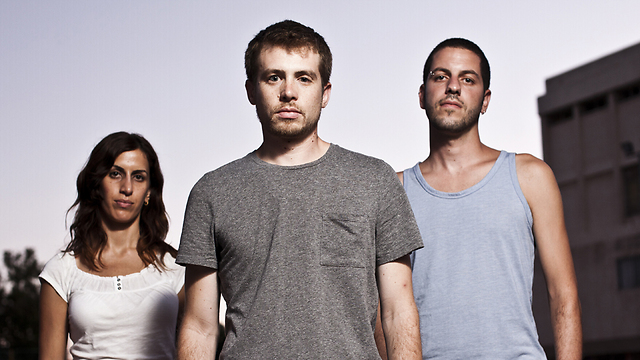 When you get money from pro-BDS bodies, you become part of BDS

Op-ed: Breaking the Silence, which started off by exposing wrongs in a bid to fix them, has turned into an organization ceaselessly spreading lies against the State of Israel. This demonization, which is funded by the campaign for Israel’s destruction, must be stopped.

Israel should be proud of itself for having active human rights organizations in the country, including Breaking the Silence. Soldiers are allowed to expose the wrongs, and there are wrongs. The problem is that in the past few years, the organization has undergone a complete changeover.

Breaking the Silence members. A complete changeover as a result of funding (Photo: Amit Magal)

Breaking the Silence Director Avner Gvaryahu responded to the exposed lie by insisting that the story about Issacharoff brutally attacking a Palestinian during his military service was true. Issacharoff’s comrades testified that it never happened. The Palestinian testified that it never happened. But that doesn’t matter, because instead of insisting on exposing the truth, the organization is insisting on spreading lies.

There are serious incidents which should be exposed. The problem starts when the organization’s leaders turn IDF soldiers into bloodthirsty monsters interested in committing nonstop war crimes.

Noam Chayut, one of the organization’s three board members, published an article titled “The exceptional person is one who is unwilling to kill civilians.” He is the moderate of the three. The other two are supporters of the anti-Israel boycott campaign. There is no surprise, therefore, in the fact that Issacharoff and Gvaryahu have gone from exposing wrongs to disseminating lies. When you get money from pro-BDS bodies, you act like the BDS movement.

It’s not just one story. It’s the system. In a lecture at Columbia University, Gvaryahu presented a picture of a mosque bombed by IDF soldiers. Unfortunately for him, there was an American soldier there who had served in Gaza. He told the audience that two soldiers had been shot and killed by terrorists from that same mosque.

In most of these lectures, there is no one to refute the lies, so Gvaryahu and others can travel the world and create the impression that IDF soldiers are monsters. They’re getting a fortune to do so, and they’re delivering the goods.

Issacharoff’s lie, and many other lies, were exposed by members of Reservists on Duty, led by Amit Deri. I have met these decent and concerned young people, who come both from the Left and from the Right. They have political disagreements. They are in favor of exposure, but they are against lies and against generalizations that create demonization.

Breaking the Silence’s changeover is the result of funding. When you receive money from pro-BDS bodies, you become part of the BDS movement. It’s no longer a battle aimed at fixing things. It’s a battle in the service of a campaign opposing Israel’s actual existence.

This isn’t the intention of all of the organization’s activists, but it’s the result. And as long as the Knesset doesn’t work to ban foundations affiliated with the BDS movement from funding Israeli organizations, nothing will stop this kind of demonization, like the one promoted by Breaking the Silence. There’s no need to act against rights organizations, but there is a need to act against demonization funded by the campaign for Israel’s destruction.