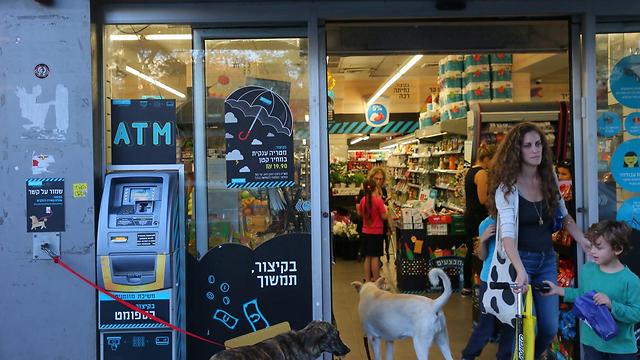 Several municipalities are attempting to head off the Supermarket bill, that would endow the interior minister with the authority to strike down municipal bylaws, by speedily changing their bylaws to enable businesses to operate on Shabbat before it is fully enacted.

After the bill passed its first Knesset reading, in what was a significant step as its ultra-Orthodox sponsors proceed in their march toward shutting down shops on Shabbat, the municipalities in several cities are seeking to beat the lawmakers to the finish line in a bid to render the law subordinate to the bylaws.

The municipalities include Givatayim, Holon, Rishon LeZion, Ramat Gan, Modi'in and Herzliya. Givatayim Mayor Ran Kunik was the first to go on the warpath, announcing over the weekend that a bill will come to a city council vote Monday amending municipal bylaws to allow businesses to remain open on Shabbat, regardless of the Supermarket bill.

The Tel Aviv Court for Administrative Affairs, however, prohibited the Givatayim municipality Monday from changing the city's bylaws to permit businesses to remain open on Shabbat.

Regardless, Kunik was joined Monday morning by Holon Mayor Moti Sasson, who explained, "I intend to do everything in my power to preserve the city's status quo, as part of which some businesses will be open on Shabbat for the residents' benefit."

Since the Supermarket Law passed its first reading, several mayors have attempted to outmaneuver the final legislation by creating bylaws, which they say will make it difficult for the interior minister to strike down already-approved regulations.

Sasson gave his word to put a bylaw to a vote in the next Holon city council meeting, set to take place in two weeks' time. According to his plan, 40 businesses across the city will be permitted to remain open on Shabbat.

Holon Mayor Sasson said he would do everything in his power to allow some businesses to remain open on Shabbat (Photo: Motti Kimchi)
Rishon LeZion's city council will also be voting on a similar bylaw Monday evening. Municipality sources said that Mayor Dov Zur instructed to create a far-reaching amendment when it comes to business opening hours as far back as May, long before the High Court's ruling. The new bylaws were not expected to change the status quo, the sources said, and will only deal with supermarkets or other commercial enterprises. Businesses defined as places of leisure will not be included in the bylaws' purview. They further claimed relatively few businesses in the city operated on Shabbat to begin with, and the amendment's effect will therefore be limited. A member of Herzliya's city council also announced an amendment will be brought before the council Monday, but the municipality said it was not going to support it. Their goal, they said, was to "preserve the status quo between the city's religious and secular populations."

In Mayor Kunik's message to the people of his city, he explained he received appeals from religious figures in the city following his decision to amend the bylaw, but remained adamant that the status quo would be preserved.

Givatayim Mayor Kunik said his city knew what's best for its people (Photo: Elad Malka)
"It saddens me that issues that are supposed to be decided on the national level, such as religious affairs, end up reaching local authorities whose residents have been living in peace and harmony for years," Kunik said. The Givatayim mayor also expressed his confidence that, "Givatayim knows what's best for its people better than any minister." Kunik also noted the Supermarket Law left him no choice but to fight to preserve the status quo. "If the minister had not enacted the law forcing us to close businesses, constituting a breach of the status quo, we would not have been forced to act ourselves." Ramat Gan rejected a proposition to amend bylaws by a majority of 12 city council members in favor and 10 opposed. In a meeting held last Thursday, however, the council agreed to allow two of its members to prepare a new draft amendment, to go up to a vote in two weeks.

(Photo: Benny Doutsh)
"The city council's decision sends a clear message to the interior minister that free cities are interested in preserving their nature and characteristics without outside interference," said one member. "All of the liberal forces in the city council reached across party lines and coalition-opposition balance to agree to change legislation."

The Supermarket Law's current promulgation bars local authorities from changing legislation to allow Shabbat commerce on their grounds, unless approval is receiving from the interior minister. The law will not, however, allow the minister to change existing bylaws permitting business to remain open, hence the dash by the aforementioned municipalities to head legislation off at the pass and put bylaws on their books before the law is finalized.

This created a rather ironic situation in which a law initiated by the Haredi parties to prevent Shabbat commerce actually acted as a catalyst for Shabbat desecration in several major Israeli communities. The law thus aroused condemnation from both sides of the issue. The Israel Hofsheet (Be Free Israel) movement, which partnered with the local authorities to promote the legislation, said dozens of its activists will arrive at the Knesset Tuesday to protest the Supermarket Law during both the discussion and the vote.

A religious-Zionist movement called on Interior Minister Deri to rescind the law (Photo: AFP)
The religious-Zionist Ne'emanei Torah Va'Avodah movement, meanwhile, said the Haredi parties' attempt at religious coercion backfired and called on Interior Minister Aryeh Deri to rescind the law. The movement's Religion and State Projects Coordinator Tani Frank said, "It is the height of absurdity that the Supermarket Law ended up causing Shabbat commerce to be legislated and adds fuel to the fire of the division among Jews regarding the public facet of Shabbat. The law is unnecessary and destructive and cripples the ability to reach an agreement on the Shabbat public space."