Foreign Ministries of Rwanda, Uganda deny having any agreement in place to admit African migrants deported from Israel; despite denials, Knesset enacted law last month to close Holot facility in Negev, deport migrants to Rwanda, other countries without consent.

The governments of Rwanda and Uganda are denying any deal with Israel to host thousands of African migrants told to leave that country in the next three months or face incarceration.

Israel's Population and Immigration Authority this week called on migrants from Sudan and Eritrea to leave "to their country or to a third country"—meaning Rwanda or Uganda. Those who leave before April will receive $3,500, airfare and other incentives.

An amendment to the anti-infiltration law passed its second and third Knesset readings last month, allowing to close the "Holot" detention facility by March or jail at the "Sahaornim" detention center any African migrants who are not deported to Rwanda, with which Israel said it had an agreement in place to deport migrants even without their consent. 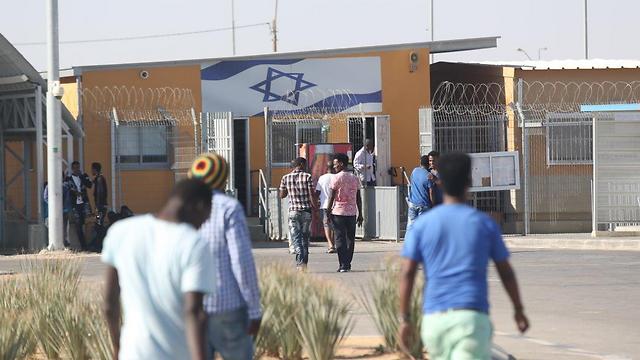 African migrants in Israel. Uganda and Rwanda said Israel had no agreement in place for them to be admitted (Photo: Motti Kimchi)

Israel has also begun expediting the migrants' mass departure to Rwanda, as well as other countries. If they cannot be deported directly to a third country, however, the state will reexamine the closing of the Holot facility in three months.

The bill's explanatory remarks said that since the beginning of mass African migration to Israel more than a decade ago and until now more than 60,000 people were captured stealing their way into the country in places other than border crossings.

In addition, the bill claimed some 40,000 Eritrean, Sudanese and other African nationals were present in Israel—excluding those born in the country—towards which Israel was "implementing a temporary policy of non-deportation."

Tens of thousands of Africans entered Israel before it erected a fence along its border with Egypt. Many of the migrants say they fled conflict and persecution and seek refugee status. Israel calls them "infiltrators" and mostly economic migrants whose numbers threaten its Jewish character.

The Israel-based Hotline for Migrant Workers, an advocacy group, has condemned the move, saying expulsions "put the refugees' lives in danger." 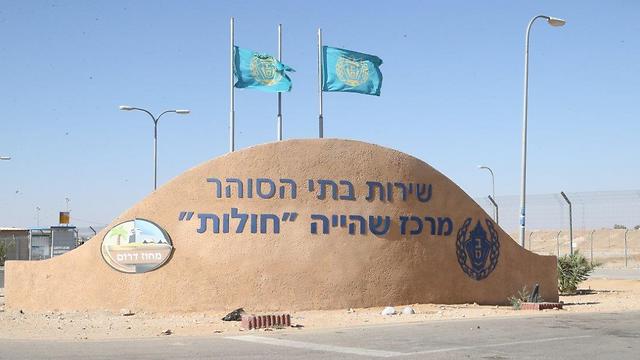 The Holot detention facility is planned to be closed in March (Photo: Motti Kimchi)
The UN refugee agency late last year said it was "seriously concerned" by Israeli proposals to call on Eritreans and Sudanese to accept relocation to African countries or face imprisonment. It noted a "forced relocation policy" beginning in December 2013 that already had sent about 4,000 of the migrants to two African countries "named in media reports as Rwanda and Uganda." It called the policy secretive, not transparent and difficult to monitor. A Rwanda deputy foreign minister, Olivier Nduhungirehe, told The Associated Press his country has never reached any agreement with Israel on hosting asylum seekers. "There were negotiations like three or four years ago between the two countries but we never concluded on the matter," he said. Rwanda is only engaged in negotiations to host some of the thousands of African migrants who face abuse in Libya, he said. Uganda's state minister for international relations, Henry Okello Oryem, also told the AP there is no such agreement with Israel to accept African migrants from there. "That's fake news. We don't know where that story is coming from. We don't know why it keeps coming up," he said Friday.

The UN refugee agency in November said about 27,500 Eritreans and 7,800 Sudanese were in Israel and that only eight Eritreans and two Sudanese had been recognized as refugees by authorities. 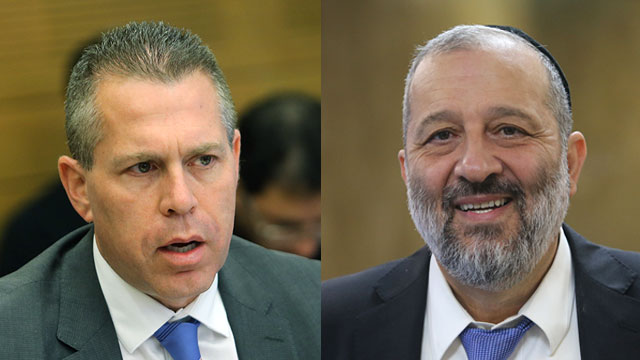 A special cabinet meeting on the matter was to be convened this past Wednesday, in which the two ministers' agreement was to be put before the cabinet to a vote, but it the meeting was called off due to disputes on the death penalty for terrorists bill.

Right before the conclusion of 2017, Israel's Population and Immigration Authority published data that said no infiltrators entered Israel in 2017. Official requests for asylum were made, however, from 7,710 Ukrainian nationals, 1,682 Eritreans, 1,350 Georgians and 868 Sudanese.

Head of the Authority's Enforcement and Foreigners Administration Yossi Edelstein said that "Unfortunately (the Africans) abused Israel's asylum mechanism and submitted requests for asylum which we found to be groundless."

Employers of unlawful foreign workers were levied with 1,043 administrative fines for a total sum of NIS 11.1 million during the past year. Some 4,012 consented to leave Israel, 3,332 of which were Africans and 680 citizens of other countries.

Interior Minister Deri said, "We are finally preparing to undertake the large operation to remove infiltrators to third countries. Immigrants who came to the country seeking job opportunities have but two options: consenting to deportation or being taken in custody with no time limits. The Holot facility will close."