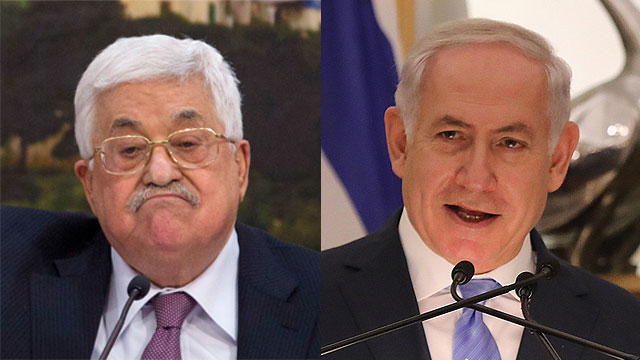 Israel and the Palestinians: So what now?

Op-ed: People who have nothing to lose pose a risk to themselves—as Abbas demonstrated in his delusional speech—but to others too; even if Israel wants to keep occupying Judea and Samaria forever, a wise tactic would include some kind of hope for the Palestinians living there.

In his delusional and despicable speech, Palestinian President Mahmoud Abbas basically stepped off the stage of history.

Most of the people dealing with the Palestinian arena, in the defense establishment and elsewhere, would judge Abbas favorably. He wanted an agreement, he established and maintained a force which restored security in the West Bank, and at no stage—until Sunday night—did he stop pursuing negotiations.

According to this approach, his speech on Sunday was a sign of despair and deep frustration; a final attempt to defend the Palestinian Authority against the accusations that it had singlehandedly led to the Palestinian failure in the United States and in the international arena.

Netanyahu and Abbas. The prime minister can take credit for the victory over the PA, but he never actually defined it as an enemy or wanted to bring it down (Photo: AP, EPA)

Critics of this approach will say the opposite: Abbas simply revealed his true colors. He never wanted a peace agreement, he was unwilling to pay any price, and his speech was the horrible truth of his historical image.

The debate is important, but even more important is the question “what now?” The world is no longer truly addressing the Palestinian problem, the Arabs are preoccupied with their own problems (primarily Iran), the United Nations is ineffective and the president at the White House recognized Jerusalem as Israel’s capital without requesting or getting anything in return from the Israeli decision makers. Israel has won. And again, what now?

The Likud’s Central Committee had an answer: Annexation. Both Naftali Bennett and his Bayit Yehudi party are interested in an annexation of Area C. Moreover, if the Oslo process is dead, there is no real reason for the Palestinian Authority’s existence. Israel should acknowledge the possibility that it would be required to take complete control of the West Bank, including education and policing and garbage removal.

Defense establishment officials are very concerned about the deteriorating humanitarian situation in Gaza, and the security threat it poses is even greater than another tunnel. Officially, Israel keeps warning against a humanitarian disaster in the strip, because it doesn’t want to be held responsible for the situation there again.

Here’s the situation: In the Israeli reality, there are two types of possible solutions concerning the West Bank and Gaza. The first is a variety of annexation proposals. The second solution is a separation, and in light of Abbas’ speech and the general stalemate in the negotiations—a unilateral separation.

There is little support for a unilateral separation among the Israeli public. On the other hand, an annexation isn’t very popular either for now. The annexation supporters don’t exactly know, for example, what to do with the Palestinians. Their proposals range from dangerous (giving them the right to vote and giving up the State of Israel’s Jewish majority) to even more dangerous (denying them the right to vote, thereby officially establishing an apartheid state).

Usually, they deal with these dangers by turning to some kind of science fiction. Most importantly, their plans fail to see the Palestinians as real people with ambition who seek national, economic and personal freedom. That’s a huge flaw of the annexation theories. Negotiating with ourselves in Hebrew is pretty easy—all we have to do is convene the Likud’s Central Committee.

In the Netanyahu era, as usual, the problem is that there is no Israeli plan or initiative. The prime minister can take credit for the victory over the Palestinian Authority, but the thing is that he never actually defined it as an enemy or wanted to bring it down. On the contrary, he embraced Yasser Arafat, promised not to cancel the Oslo Agreement and announced that he was committed to the establishment of a Palestinian state.

Let’s assume—and this is a remarkably flattering assumption—that it was all one big bluff. Being the genius that he is, Bibi prepared the glorious Israeli victory platform, which would make the Palestinian secular national movement vanish. Let’s assume he should be given credit for that. So as part of this meticulous plan, what now?

There is a concealed assumption here that something has to be done, that some kind of change must come. Absolutely not, the consensus supporters will say. We’ll just keep doing what we’re doing, building in the Land of Israel and developing. And what about the millions of Palestinians? No answer. Perhaps some sort of silent prayer for a Nakba, and who know how it will end—and not just for them.

People who have nothing to lose are dangerous. They pose a risk to themselves—Abbas’ speech harmed himself more than anyone else—but also to others. Even if Israel wants to keep occupying Judea and Samaria forever, a wise tactic would include some kind of hope for the absolute majority of Palestinians living there. This kind of hope is increasingly disappearing, raising the chance for an eruption of a comprehensive bloody conflict.