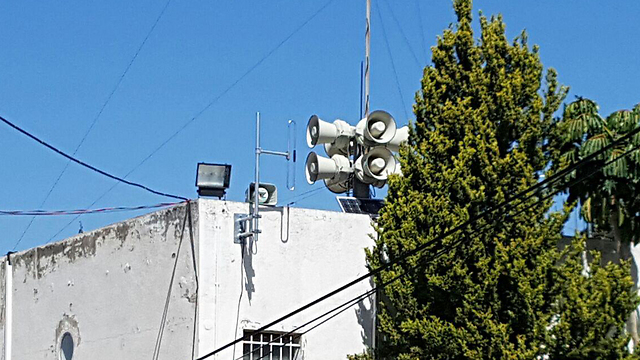 Coalition may not be able to pass muezzin bill

Muezzin bill was supposed to go up to a vote next week in preparation for first reading, but Shas, United Torah Judaism MKs have announced they will not support it; Shas MK Vaknin said he 'would have his hands cut off rather than vote for bill'; if Haredi parties persist in objecting to law, which PM Netanyahu supported in the past, the coalition will not be able to pass it.

The contentious muezzin bill, which limits decibel levels for religious institutions, was due to go up to a vote next Wednesday in the Knesset's Constitution, Law and Justice Committee in preparation for its first reading, but statements made today by MKs from Shas and United Torah Judaism (UTJ) cast doubt on whether the coalition could garner a majority to pass it.

Wednesday morning, during a discussion on another matter held in the Knesset Finance Committee, MK Ahmed Tibi (Joint List) asked for a promise the law would not be promoted, to which MK Moshe Gafni (UTJ) reiterated a promise his party had made, saying "I promised you that we will not support the bill and I stand by that promise."

MK Yitzhak Vaknin (Shas) then backed Gafni's promise, reminding Tibi that he told him he "would have his hands cut off rather than vote for the muezzin bill."

Though Arab parties stand to be the most impacted by the bill due to the high decibel levels of muezzins, the persons appointed by a mosque to call on Muslims for prayer, religious parties from both the Jewish and Muslim sectors view the bill as an infringement on their freedom of religion. In actuality, if the Haredi parties persist in their objection to the bill, the coalition will not be able to cultivate a viable majority to pass it in the Knesset. The muezzin bill was approved in a preliminary reading several months ago, but has since remained dormant. Prime Minister Benjamin Netanyahu had even announced his support of the bill at one point, but due to the outcry it had engendered, Netanyahu had not done anything to promote it either.

UTJ MK Gafni has held talks with MK Ahmad Tibi in which he promised to vote against the muezzin bill (Photo: Amit Shabi)
"The muezzin bill is an absurd proposition that has no place," said MK Tibi. "We've conducted channels of dialogue with the Haredi parties, including MK Gafni. And I indeed hope the bill is stopped and no longer promoted." Zionist Union Chairman and Opposition Coordinator MK Yoel Hasson wrote on his Twitter account, "We can save some precious parliamentary hours and radio and television airtime by announcing that the muezzin bill will not be going up to a vote for the simple reason there's no majority for it."