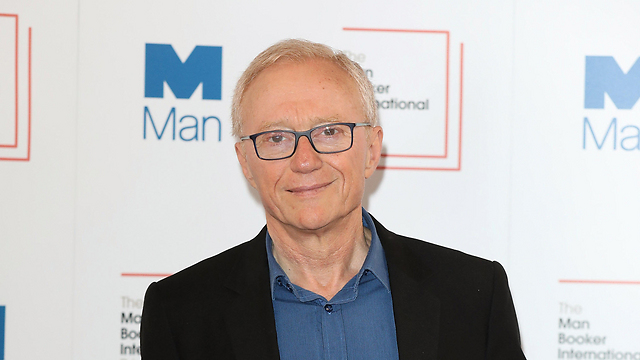 Prize committee writes Grossman has 'one of the deepest, most moving and most influential voices in our literature'; Grossman: 'In the world, I represent my own views. Representing the entire state is too much for me'; Bennett: 'The time has come to heal the rifts.'

"Since the beginning of the 1980s, David Grossman has maintained his place in the center of Israeli culture, and he is one of the deepest, most moving and most influential voices in our literature," the prize committee wrote, explaining its decision.

"With novels, stories, essays, his documentary writing, and his diverse creations for children, (Grossman) accumulated a series of masterpieces, which excel in the power of rich imagination, deep wisdom, human sensitivity, a profound moral stance and unique, reverberating language," the committee continued.

The committee also noted that "The translations of his books to dozens of languages have made him one of the most well-known, valued and beloved Israeli authors around the world."

The 64-year-old Grossman is one of Israel's most internationally recognized and acclaimed authors, as well as a prominent peace activist who campaigns against Israeli policies toward Palestinians. He has expressed support for Israeli conscientious objectors, creation of a Palestinian state and the need to avoid war with Iran over its nuclear program.

He boycotted the 2015 Israel Prize ceremony over the Prime Minister's Office's disqualification of judges deemed not patriotic enough.

Grossman's books have been translated into 35 languages and adapted into films. His novel "A Horse Walks Into a Bar," about a fictional stand-up comedian and the ghosts of his past, won the 2017 Man Booker International Prize, making him the first Israeli to receive the honor.

"I'm very happy," Grossman told Ynet. "When Minister Bennett called, I was surprised. He said beautiful and moving things, and despite our disagreements, he was glad I won and said nice things about my books."

Explaining his decision to withdraw his candidacy in 2015, Grossman said, "Prime Minister Netanyahu blatantly interfered in the appointment of the judges for the (prize) committee, and that was unbelievable, so I removed my candidacy. I still have strong disagreements with Netanyahu today, but the selection was done in a standard and fair manner."

He went on to say that he doesn't "hide what I think about the government's policies. In the world, I represent my own views. Representing the entire state is too much for me. My opinions are certainly complex, and when I speak abroad, I insist people are aware of our situation. I'm glad the stories being written in Zion reach many places around the world."

Bennett: Time has come to heal the rifts

The announcement came at a time of strained relations between leading figures in Israel's artistic community and the government's hawkish culture minister, Miri Regev.

Last month, Regev publicly expressed relief that "Foxtrot," an Israeli movie she saw as maligning the military did not win a foreign-language Oscar nomination and this month she pushed for Israel's Ambassador to France to snub an Israeli film festival in Paris because its organizers decided to screen "Foxtrot" at the opening ceremony.

Education Minister Naftali Bennett, also a right-wing politician, said Grossman "is one of the most moving, deep and influential voices in Israeli literature."

Grossman will receive the Israel Prize on Independence Day in April, Bennett said, describing the decision as a move towards reconciliation in a country with deep divides over matters of war and peace.

"I disagree with the author, David Grossman, politically," Bennett said in public remarks to members of his Bayit Yehudi party.