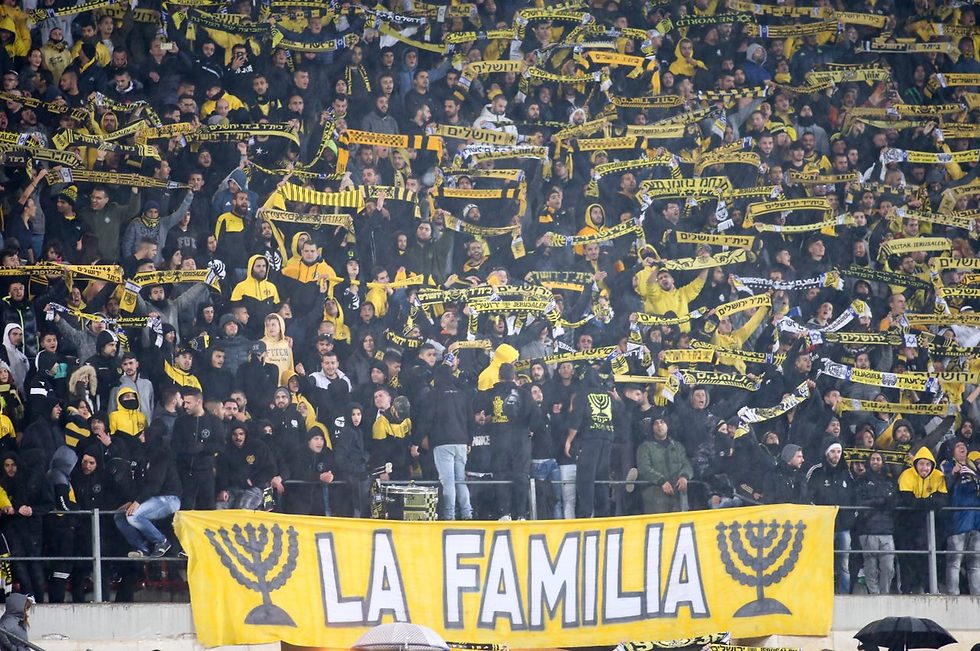 District Court hands down jail terms ranging between 22 to 48 months to supporters of Beitar Jerusalem for series of assaults on supporters of other soccer teams, including attack of Hapoel Tel Aviv fan with a hammer.

The Tel Aviv District Court handed down prison sentences on Monday to eight supporters of the Beitar Jerusalem soccer club who were convicted of committing a series of violent offenses.

The eight members of the extremist La Familia group were found guilty of assaulting other soccer supporters, conspiring to commit crimes, committing assault in order to steal equipment, throwing stones on supporters' cars, and more. Their sentences ranged between 22 to 48 months in prison, with the most severe sentence given to Eliad Moshe, who was among a group that attacked a 17-year-old supporter of the Hapoel Tel Aviv soccer club at the Reading parking lot in the city in 2015.

Another defendant, Dor Magidish, who was also convicted of assault, was sentenced to 24 months and was given half a year of probation and a fine.

Niv Manor and Eviatar Yosef, both convicted in an assault of supporters of the Maccabi Haifa club at a beach soccer game, were each sentenced to 22 months in prison and given six months of probation, a ban from soccer games for five years, and a NIS 5,000 fine.

The indictments describes La Familia as a group formed to "sow vandalism and violence, out of an anarchistic and racist ideology" against Arabs.

So far, 19 defendants have been convicted in the case, but one has passed away before he could be sentenced.

A former member of La Familia turned state's witness was the one who incriminated the others. Among other things, he extracted the confession from Golan, filming it with a hidden camera.

"The court sentenced the defendants to prison for serious violent offenses committed as part of the La Familia group," the Tel Aviv District Attorney's Office said. "These offenses were carried out on ideological grounds, in an organized and systematic manner, without any provocation from supporters of rival teams."

"This is the first time members of La Familia received prison terms for offenses they carried out as part of the organization. However, we argued for graver penalties, and the court ruled otherwise. We will read the rulings and will consider our next steps," the District Attorney's Office added.