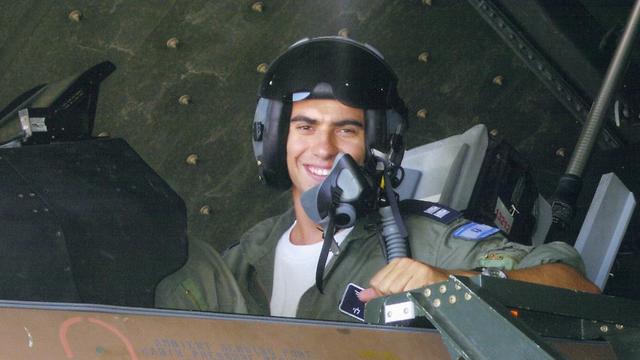 Major Emanuel Levy, who charted course for IAF jets that bombed Syrian nuclear reactor in 2007, died in training accident only 3 years later; 'Were he still alive, we'd celebrate with a beer in a Tel Aviv pub,' his brother says.

Major Emanuel Levy served as navigator on one of the fighter jets from the 119 "Bat" Squadron that participated in the Syrian reactor's bombing in 2007. Three years after returning safely from the high-risk mission, however, he was killed in a Ramon Crater training accident along with pilot Amichai Itkis.

Not many knew that Levy, 30 at the time of his death, was the man tasked with charting the flight path of the eight planes participating in the reactor's bombing both to Syria and back to Israel.
Behind the scenes of Israel's strike on the Syrian reactor (Video: Yaron Sharom)    (צילום: ירון שרון | תסריט עריכה ואנימציה: תמר אברהם | בימוי: אסף קוזין)
X

After Israel accepted official responsibility for the bombing Wednesday, and it became widely-known just how important the clandestine nature of the operation really was, Levy's prominent role in plotting the attack came into sharp focus.

"I remember the day immediately preceding the attack," Hezi Emanuel recounted Wednesday. Emanuel is Levy's brother, and changed his last name to honor his fallen sibling. "We were living together in a Tel Aviv apartment at the time. We had a study in the apartment, and I remember he spent hours on end locked in there, with an especially focused, serious expression on his face," the navigator's brother continued.

Major Emanuel Levy, who charted course for IAF jets that bombed Syrian nuclear reactor, passed away in a training accident 3 years later
"We'd go out for beers a couple of times a week before that, but rarely did so during that period," he continued. "When he returned after they landed back (in Israel), there was this enormous smile plastered all over his face. He asked me if I watched the news that day and I replied that I had, and immediately realized where my brother was that night. "We never openly talked about it, however. Only three years later, during the shiva (Jewish seven-day period of mourning), did the air force tell us he took part in attacking the reactor. It was a great honor." Wednesday, after news broke of the bombing, Hezi Emanuel was inundated with texts and phone calls from his brother's air force friends who contacted him to voice their appreciation. "It's quite moving, to be honest," he said, "especially now, when everyone is making Passover preparations, but we're preparing for his yahrtzeit (the anniversary of a person's passing)." "If my brother was alive today, I presume the bombing being made public would have ended with us drinking beer in some Tel Aviv pub. It would have been an occasion to celebrate," he concluded.