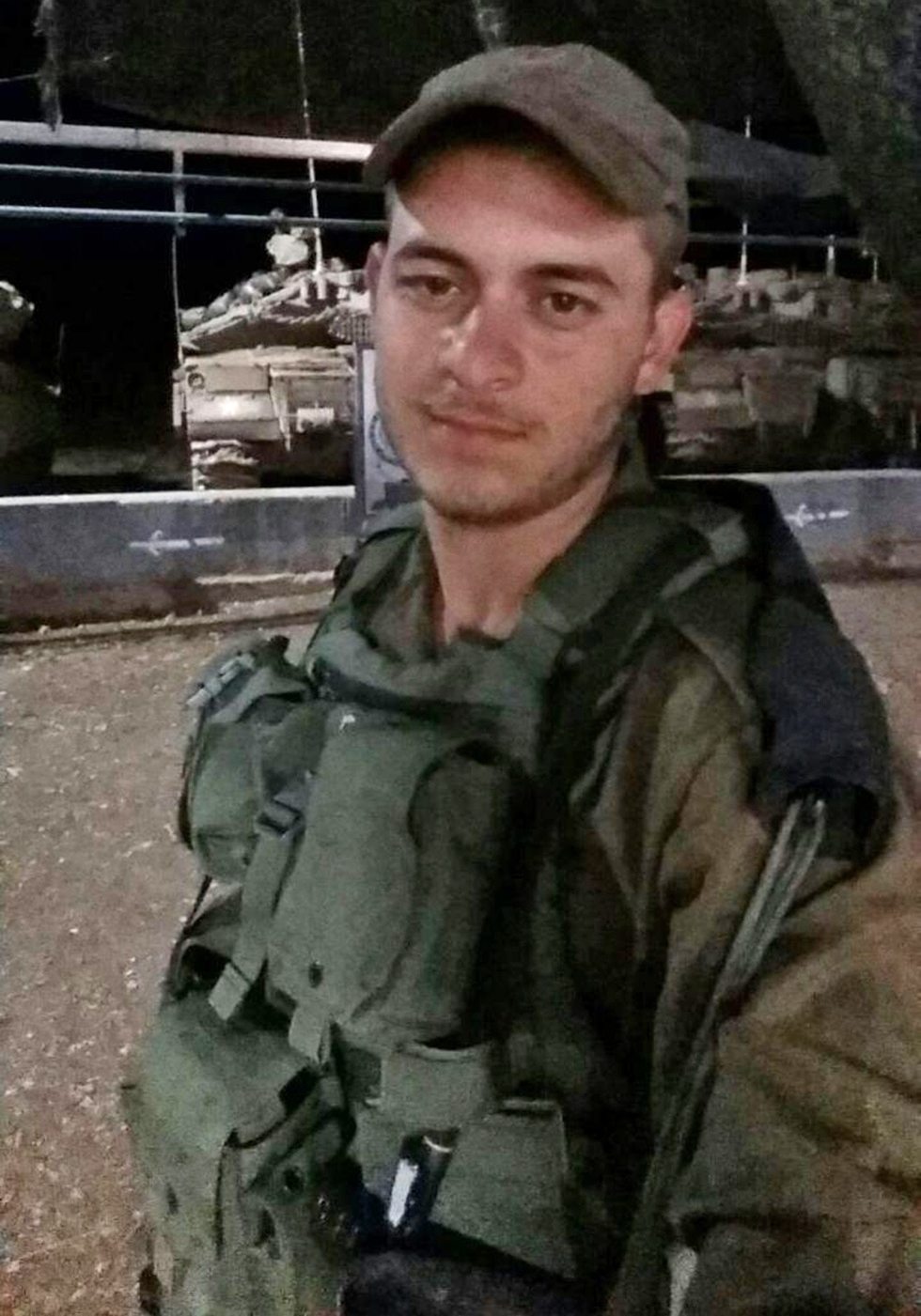 Sgt. Eliyahu Drori, 22 from Beit Shemesh was killed Saturday during operational duty on the Israel-Sinai border; 'He was an amazing man, always thinking about how to give more of himself and contribute as much as possible,' says friend.

Sgt. Eliyahu Drori, 22 from Beit Shemesh, a combat soldier from the 188th "Barak" Armored Brigade, was killed Saturday in a tank accident during operational activity on the Israel-Sinai border.

His funeral will be held Sunday at 5pm at the Mount Herzl military plot.

His three tank teammates remain hospitalized at the Soroka Medical Center in Be'er Sheva. Two of them remain in serious condition while the third is in light condition.

Sgt. Eliyahu Drori
"He was an amazing man," said Itamar Eliyahu, Drori's friend. "He kept smiling, laughing and always wanted to help. Always thinking about how to give more of himself and contribute as much as possible." Itamar said it was "a great loss. I was told about it at the end of Shabbat, and it's been incomprehensible. I can't comprehend that he's not with us. He was like a brother to me." "I'm a man of faith, so it's hard for me to accept this. Three weeks ago, I saw him and we exchanged stories from our military service. He told me he was happy in the Armored Corps and enjoyed his job," the friend added.
Extracting the tank
X

"We were close friends; we were laughing and having fun together all the time. In high school, we were the closest of friends, but in the army it became more difficult to keep in touch. Still, when we'd meet, it was simply fun to see him, he would shine a light on everyone," Itamar concluded.

Yeshivat Sha'alvim and the Hesder Yeshivot Association issued an obituary for Drori, "From the day he arrived in the yeshiva, working on the self was his main goal. Every day, it was important for him to advance and rise. There was honesty and depth in his achievements and in general. Eliyahu was filled with the joy of life and had a heart of gold. His will to all of us is to continue advancing more and more in the work of one's self and in building up the Torah for the people and the country."

The accident happened near the Nitzana border crossing connecting Israel and the Sinai Peninsula, while a tank force from 74th Battalion of the 188th Brigade, under the command of the Caracal Battalion, was conducting routine operations in the area.

According to an initial investigation into the incident, IDF forces were called to the scene at around 1am to help thwart a smuggling after a previous attempt had already been foiled.

The smugglers were trying to sabotage security infrastructure, and tanks were called to the scene to stop them from using the smuggling attempt as cover for a terrorist attack.

As the forces were maneuvering, one Merkava Mark III tank was moving towards one of the military posts when it rolled three meters down a slope at the Nitzana stream, even though according to the IDF the tank was supposed to be able to handle such an incline.

A blaze then broke out inside the tank, caused by one of its shells catching fire for reasons yet unknown. The tank's Spectronix fire detection system extinguished the fire, saving the lives of the three soldiers who were injured in the incident.

Drori, who was driving the tank, was killed, but it is yet unclear if he died in the fire or as a result of the fire suppression materials. He was not hurt when the tank rolled down the slope.