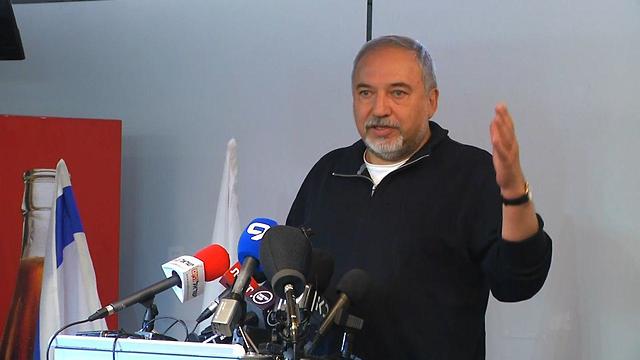 Court orders Defense Minister Lieberman to allow 90 Palestinians to enter Israel for Israeli-Palestinian Memorial Day ceremony, which will be attended by thousands; right-wing activists plan demonstration outside ceremony, after last year they hurled abuse and spat on participants.

The High Court of Justice ordered Defense Minister Avigdor Lieberman on Tuesday to allow the entry of 90 Palestinians into Israel for an Israeli-Palestinian Memorial Day ceremony.

The 13th annual "alternative" Memorial Day ceremony, organized by Combatants for Peace and the Israeli-Palestinian Bereaved Families for Peace, will be held Tuesday evening, Memorial Day eve, at 9pm, in Tel Aviv's Ganey Yehosha Park. Over 4,000 people are expected to attend.

"We believe that the sentence 'In their death, they ordered us to live,' is not just a slogan, but also a call for action," the organizers said. "We work to change reality together, to realize the shared hope for peace, and to allow all who live on this piece of land to live."

Defense Minister Avigdor Lieberman (Photo: Shamir Elbaz)
Author David Grossman, whose son fell in the Second Lebanon War, and Dr. Amal Abu Sa'ad, whose husband Yaqoub Abu al-Qiyan was shot dead by police in Umm al-Hiran, are set to speak. "We have decided to make the conditional order peremptory and instruct the defense minister to allow 90 Palestinians to enter Israel to participate in the joint ceremony—similar to the number of permits given in 2016—provided that after a suitable individual examination there would be no security-related or other reason not to allow it," the High Court ruling said. Ceremony organizers welcomed the High Court's ruling, saying, "We're happy the court made it clear that even the defense minister has limitations, and that he should keep his personal preferences to himself. Lieberman won't tell bereaved families how to mark their pain. The Israeli-Palestinian remembrance ceremony will be held this year as well with the participation of Palestinians, and will be the biggest since it was first held 13 years ago. The general public is invited to take part." The Defense Ministry rejected the requests of 110 Palestinians to enter Israel for the ceremony, prompting event organizers to turn to the High Court. The defense minister, they argued, was motivated by political considerations and had no authority to refuse the requests.

The alternative Memorial Day ceremony in 2015 (Photo: Chai Ashkenazi)
Lieberman, meanwhile, asserted that "it is our duty to safeguard the Memorial Day for Israeli Soldiers as a state, national day of mourning. I won't allow the politicization of bereavement. I respect the justices of the High Court, but my response to the court is that I am unwilling to lend a hand to the desecration of Memorial Day." Police will deploy in large numbers outside the venue due to an expected demonstration by right-wing activists—including rapper The Shadow—who promised to "sabotage" the event. Last year's event also drew protesters, who cursed and spat at participants. "There's no escaping it, we must all stand against the disgraceful memorial day ceremony for terrorists," The Shadow wrote on his Facebook page. "Last year, I protested against the ceremony, and I was accused of things I didn't do. I debated on whether to show up (this year), because I didn't want to encourage people to come to the ceremony, but as time went by I realized there is no choice, and you and I must go there and make the fallen's cries heard. I would have preferred commemorating the fallen in peace and quiet, but I am forced to go, shout curse words and demonstrate. If we don't do this together, this will continue being legitimate."