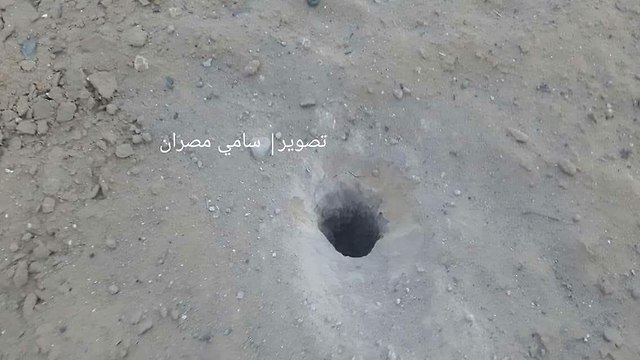 20 fires break out in Israeli border communities as sweltering heat exacerbates situation; one blaze that broke out near Kissufim spread toward an IDF base but stopped on time; none hurt in the fires, but damage was caused to crops and vegetation.

At least two Palestinians flying incendiary balloons from Gaza were hurt in an Israeli drone strike east of Bureij on Saturday, media in the strip report. The IDF confirmed the strike, but said it only fired warning shots.

One of the Palestinians is said to be moderately wounded.

The incendiary balloons and kites caused 20 fires in Israeli communities near the Gaza border on Saturday, with the sweltering heat further exacerbating the blazes. No one was hurt in any of the fires, but damage was caused to crops.

The first fire broke out in the Kissufim area and spread to nearby groves, drawing near an IDF base. Firefighters and security coordinators were able to stop the flames at the last moment.

Firefighters also prevented a blaze from spreading towards seed storage depots in the Eshkol Regional Council.

Later in the day, two additional fires broke out in the Kurkar Hills Nature Reserve, near Kibbutz Nir Am, and near the train tracks in the Sderot area. Another conflagration broke out near Kerem Shalom.

In addition to crops and groves, beehives also caught fire in one of the communities on the Gaza border, while reptiles in the area paid the price as well.

The IDF fired warning shots at a group of Palestinians in Gaza on Friday who were flying incendiary kites and balloons on the southern border near the security fence, one of which landed on an Israeli road.

Fire in the Eshkol Regional Council (Photo: Eshkol Regional Council)
The incident took place in the vicinity of the Bureij refugee camp near the same spot where Israeli jets hit infrastructure a day earlier, after discovering that a terror cell was working on preparing incendiary balloons to be flown into Israel.

Fire near Kibbutz Re'im (Photo: Merav Mirotznik)
Shortly after, however, the IDF clarified that it had fired warning shots using military aircraft at the cell that was flying improvised explosive devices in the direction of Israeli vehicles. Roads were blocked in certain areas as a result of the incendiary balloon, prompting security forces to arrive at the scene and neutralize it.