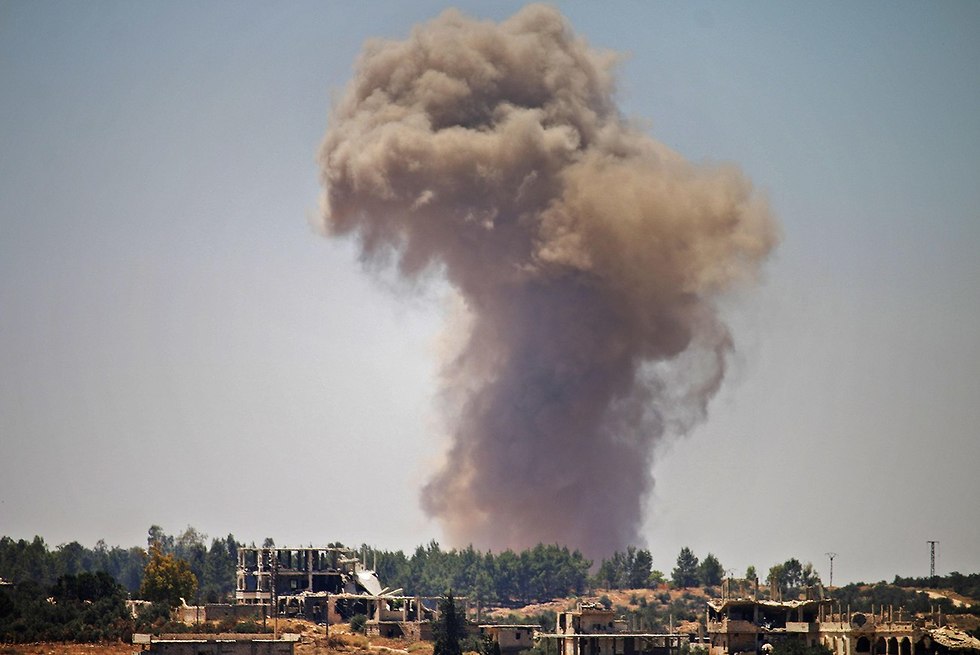 Syrian government forces widened a major offensive against rebels in the southwest on Tuesday, while Jordan said it would not open its border to tens of thousands of civilians fleeing the attack.

At least 45,000 people have fled the upsurge in fighting in Syria’s southwestern Deraa province, heading towards the border with Jordan, the United Nations said.

President Bashar Assad is aiming to restore control over a strategically vital part of Syria at the borders with Jordan and the Israeli Golan Heights, building on the momentum he is enjoying elsewhere in the seven-year conflict.

Government forces opened a new front against the rebel-held part of Deraa city, the provincial capital, on Tuesday, state media reported. A commander in the regional alliance that backs Assad told Reuters the aim was to reach the Nassib crossing with Jordan, an economic artery in rebel hands since 2015.

Assad is pressing the offensive with Russian support despite warnings from the United States which has been seeking to uphold a “de-escalation” deal it brokered with Moscow in the southwest last year. Washington had warned Assad of serious repercussions.

But there has been no sign of action to stop him: Washington has told Free Syrian Army (FSA) rebels they should not expect support against the offensive, according to a message sent to rebel commanders seen by Reuters.

According to Arab reports, Russia has announced the "de-escalation zone" agreement has ended in Quneitra and Deraa in southern Syria, allowing it to officially join the fighting in the area.

The war has pivoted towards the southwest since Assad, backed by Russian and Iranian military power, crushed the last remaining pockets of rebel-held territory near the cities of Damascus and Homs.

Assad, whose control was reduced to a fraction of Syria in 2015, now commands the single biggest chunk of the country, though nearly all the northern border with Turkey and much of the east remains outside his control.

In the first big advance in the southwest, government forces seized a chunk of rebel-held territory including the town of Busra al-Harir in northeastern Deraa province, media controlled by Lebanon’s Hezbollah and the Syrian Observatory for Human Rights reported on Tuesday.

There was no statement from rebel groups about the reported government advances.

State media said government warplanes and artillery were also targeting the rebel-held sector of Deraa city at the Jordanian border, aiming to cut the supply road to Jordan.

Air strikes also hit the rebel-held town of Nawa for the first time in nearly a year, the Observatory said.

“We have tracked a sortie of 5 Russian jets that performed 25 raids,” said one source saying the war jets had set off from Russia’s Hmeimim air base in the western coastal province of Latakia in Syria.

The offensive has so far focused on Deraa province, not rebel-held parts of neighboring Quneitra province at the Golan frontier that are more sensitive to Israel.

Israel is determined to keep Iranian and Iran-backed forces that support Assad away from its border, and wants them removed more widely from Syria.

SANA said the missile strikes near Damascus international airport were a sign of support by Israel for the rebels in the southwest.

Iran is a leading ally of Assad and backs several militias, including Lebanon’s Hezbollah, fighting in support of him.

The attack has fuelled concern of a new wave of displacement in a conflict that has already uprooted 11 million people, forcing millions abroad as refugees.

Jens Laerke, spokesman of the UN Office for the Coordination of Humanitarian Affairs (OCHA), said that civilians including children had been killed and injured and a hospital had been put out of operation by an air strike.

“We expect the number of displaced people could more than double as violence escalates,” Bettina Luescher, spokeswoman for the UN’s World Food Program (WFP), said.

WFP had provided food to 30,000 people and plans to deliver more in the coming days over the border from Jordan, she said.

Jordan will keep its borders shut and the United Nations can help displaced Syrians in their own country, Jordan’s foreign minister said.

“The Jordanian contacts over southern Syria aim to stem bloodshed...and help the displaced inside Syria,” Ayman Safadi said on Twitter. “We do all we can to help the brothers and we protect our interests and our security.”

A rebel source said Jordanian authorities, citing safety, have warned factions there not to allow refugee flows next to the border, which has in effect been closed for years.