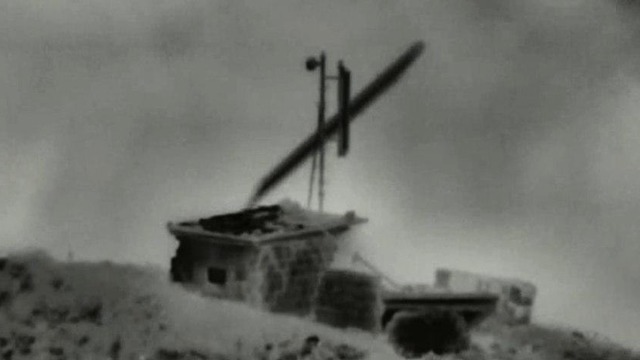 Day after UAV from Syria penetrates 10 kilometers into northern Israel, IDF says it attacked three targets, releasing footage showing the strikes in what Syrian media says were near Hader village in Quneitra province; 'The IDF holds the Syrian regime accountable for the actions carried out in its territory.'

The Israeli military said in a statement that it hit three targets in retaliation for an incursion on Wednesday of a Syrian drone which was shot down over northern Israel. "The IDF holds the Syrian regime accountable for the actions carried out in its territory and warns it from further action against Israeli forces," the Israeli statement said.
Footage released by the IDF of the strikes    (קרדיט: דובר צה"ל)
X

Footage released by the IDF of the strikes

Israeli-issued black-and-white surveillance footage showed missiles hitting what appeared to be a hut, a two-storey structure and a five-storey structure amid hilly terrain. Syrian state media said the positions targeted on Thursday were near Hader village in Quneitra province, near the Golan Heights. It also said that the state's military air defences thwarted missiles that Israeli aircraft fired at army positions in Quneitra province in the early hours of Thursday.

"The aircraft of the Israeli enemy fired several missiles in the direction of some army positions," state media cited a Syrian military source as saying. At least some of the missiles were thwarted by Syrian air defences, they said.

Israel has grown deeply alarmed by the expanding clout of its arch enemy Iran during the seven-year war in Syria. Its air force has struck scores of targets it describes as Iranian deployments or arms transfers to Lebanon's Iran-backed Hezbollah. Prime Minister Benjamin Netanyahu told Russia on Wednesday that Israel would not seek to topple Syrian President Bashar al-Assad but that Moscow, his key ally, should encourage Iranian forces to quit Syria, a senior Israeli official said. Israel has been on high alert as Syrian government forces advance on rebels in the vicinity of the Golan, which Israel took from Syria in the 1967 Six-Day War. Israel worries Assad could let his Iranian allies entrench near its lines or that Syrian forces may defy a 1974 Golan demilitarisation.

With the help of heavy Russian air power, the Syrian army has seized swathes of Daraa province from insurgents in the south in the past three weeks. The offensive is expected to turn next to rebel parts of Quneitra closer to the Golan.