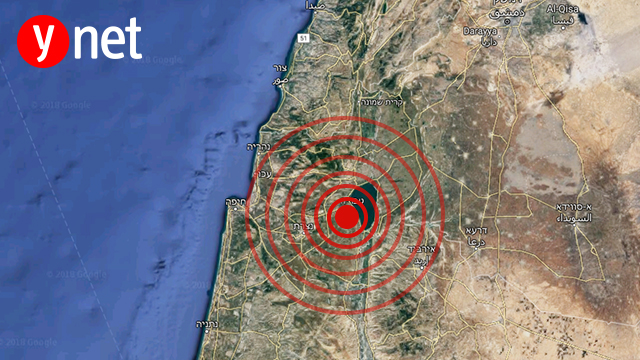 Less than a week after 3.4 magnitude tremor rattles the region following a string of minor earthquakes, northern Kinneret struck by yet another; 'The bed just jumped.'

A 4.2 magnitude earthquake struck the northern Kinneret area on Friday, according to the Geophysical Institute of Israel, making it the second to rattle the area in less than a week.  The quake was felt at 11:52am, which was also said to rumble Tiberias and northern Nazareth. Benny Sho’an, a 64-year-old resident from Tiberias, said he was sitting on his balcony overlooking the Sea of Galilee when the earthquake struck.

File photo
“We felt the table move and the cup of coffee started moving,” he said. “We have already become used to this.”

“Nitzah Caspi from Kfar Tavor, a village in the Lower Galilee region, said: “I felt the shaking in the house. The bed just jumped. I have a seismic warning device and recently it has been going off non stop. It beeps the moment there is an earthquake. It’s the third time that I have really felt the earthquake.”

A minor 3.4 magnitude earthquake also struck near the Kinneret area on Sunday, rocking the northern region mere days after a string of minor earthquakes rumbled the area in recent weeks.

A former senior IDF colonel who served in the Home Front Command warned at the beginning of the month that a major earthquake is expected to rip through Israel in the near future and urged the general public to follow the authorities' advice and prepare accordingly.

“In our area earthquakes happen. The last major earthquake struck in 1927, and the one before was in 1836, so we understand that every 100 years a serious earthquake strikes,” said Col. Gili Shenhar (Ret.).