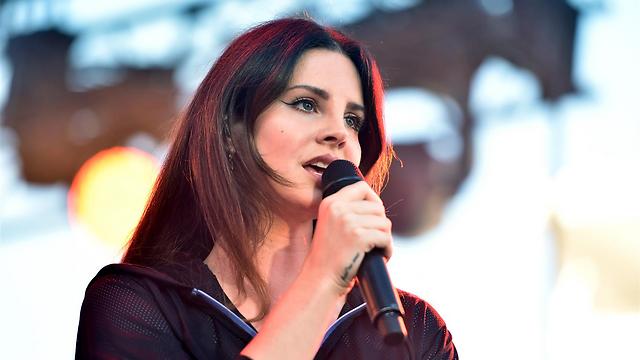 Lana Del Rey to perform in Israel despite BDS pressure

Defying calls from pro-Palestinian groups to cancel her performance at September's Meteor Festival in northern Kibbutz of Lehavot HaBashan, pop star says performing in Israel ‘is not a political statement or a commitment to the politics there.’

Singer Lana Del Rey, who following her announcement that she will perform at a festival in Israel in September has received widespread criticism from pro-Palestinian groups, issued a response saying her performance is not a “political statement.”

"I understand many of you are upset that we are going to Tel Aviv for the Meteor Festival (ed—the festival is in fact in Kibbutz Lehavot HaBashan in northern Israel). I understand your concern, I really do,” Del Rey wrote in an official statement she published via her Twitter account.

“What I can tell you is I believe music is universal and should be used to bring us together. We signed on to the show with the intention that it would be performed for the kids there and my plan was for it to be done with a loving energy and a thematic emphasis on peace. If you don’t agree with it, I get it. I see both sides,” she went on to elaborate in her statement.

"Me and my band have been performing for months out of the years for close to 10 years now … I would like to remind you that performing in Tel Aviv is not a political statement or a commitment to the politics there, just as singing here in California doesn’t mean my views are in alignment with my current government’s opinions or sometimes inhuman actions, or that I condone my own president who openly mocks disabled people at rallies,” she stated, referring to President Trump.

“For the record, I’m doing the best I can and my intentions are better than most peoples that I know,” Del Rey concluded.

Del Rey's comments were posted in response to the calls by the Boycott, Divestment and Sanctions (BDS) members to cancel the performance and included a petition entitled "Dear Lena, We Need to Talk about Your Appearance in Israel."

Lana Del Rey joins a list of music artists, such as Radiohead and Nick Cave, who have publicly denounced BDS attempts to persuade them to cancel their planned performances in Israel.

The singer was supposed to appear on stage in Tel Aviv in the summer of 2014 but had to cancel her performance in light Operation Protective Edge. She will perform in Israel on September 7 at Pecan Park.