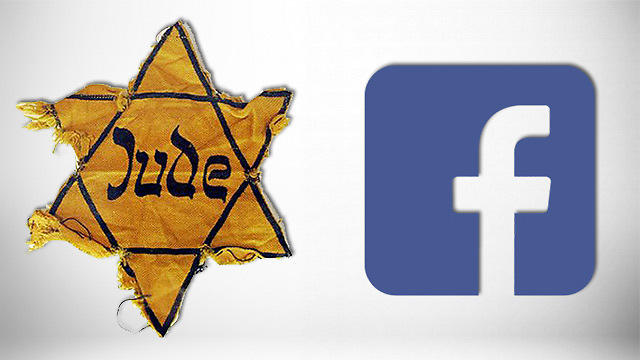 The Conference on Jewish Material Claims Against Germany produced a video in response to Facebook founder Mark Zuckerberg’s comments regarding Holocaust denial on the social media platform.

“The Holocaust did not begin with killing. It began with words. And words can be very dangerous,” Holocaust survivor Aharon Krell says in the film, addressing Zuckerberg directly.

Last month, during an interview with the technology news website Recode, Zuckerberg said: “I’m Jewish, and there’s a set of people who deny that the Holocaust happened. I find that deeply offensive. But at the end of the day, I don’t believe that our platform should take that down because I think there are things that different people get wrong. I don’t think that they’re intentionally getting it wrong.”

The comments drew widespread criticism, which elicited a clarification.

“I personally find Holocaust denial deeply offensive,” Zuckerberg reiterated, “and I absolutely didn’t intend to defend the intent of people who deny that. Our goal with fake news is not to prevent anyone from saying something untrue—but to stop fake news and misinformation spreading across our services.”

The Claims Conference decided to produce the video, inviting the Facebook founder to withdraw his comments as well as meet with Holocaust survivors.

The video, which was posted on Facebook two weeks ago tagging Mark Zuckerberg, has garnered more than 60,000 views in the hope that it will prompt a change in policy.

Facebook issued a response to the video: "We thank the contributors in this video for their important open letter. We take the issue of anti-Semitism and indeed any form of hate speech incredibly seriously, and find it deeply offensive. It's why Facebook has always been very clear in rejecting hate.

“We take down any post that celebrates, defends, or attempts to justify the Holocaust. The same goes for any content that mocks Holocaust victims, accuses victims of lying about the atrocities, spews hate, or advocates for violence against Jewish people in any way. As you can imagine, posts and articles that deny the Holocaust often violate one or more of these standards and are removed from Facebook.

“However, we do not remove content that is wrong, whether it's denying the Holocaust or the Armenian massacre or that the Syrian government has killed hundreds of thousands of its own people.

“A number of countries, like Germany, France and Poland, have outlawed Holocaust denial as a necessary means of preventing harm to the Jewish community. Other countries, like the US and UK, which operate within the same broad human rights framework, have determined that Holocaust denial, while perhaps rooted in hate, is not an offense. Facebook's position has always been closer to the approach of the US and UK - in other words we've chosen not to remove this content, except in countries which have themselves chosen to ban it.

“As Mark has said, we know many people strongly disagree with our position - and we respect that. It's really important for us to engage on these issues and hear from people to understand their concerns. We have a team that is dedicated to developing and reviewing our policies and we welcome collaboration with industry, experts and other groups to ensure we're getting it right."