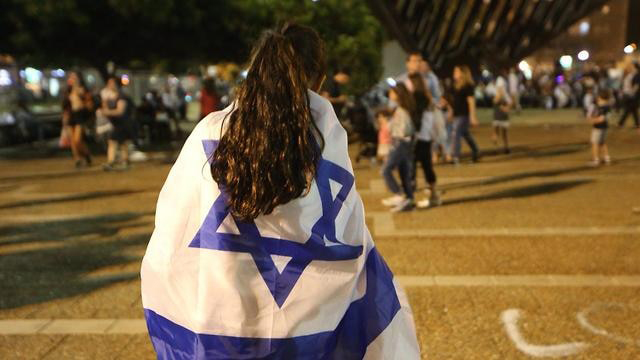 Op-ed: With all due respect to Israeli achievements in the field of cyber technologies, and Israel's macro-economic accomplishments, the country’s problems with security, health care and housing have only been exacerbated over the past year.

At the start of the new year, it is customary to make an inventory list of the past year, or do a bit of soul-searching, depending on whether you are an owner of a business, a believing Jew, or a state. I am a believing Jew and I want to compose a list that, unlike others, will never be published because it does not flaunt Israeli achievements in cyber technology, world happiness surveys, visits of international leaders, or macro-economic accomplishments. This is a list that deals with life in Israel as we know it.

There is a growing sense that law enforcement in the State of Israel is wearing down in an alarming way.

There is no sense of personal security: in some places, strolling alone at night is unpleasant, and a silly argument about parking, a chair at the beach, or a supermarket line, might end in a stabbing.

When I was a child, after our house was burglarized, a DIFS (Division of Identification and Forensic Science) police officer arrived to our home carrying a fingerprint kit and took samples. Today, you will be summoned to a police station near your home and a sleepy desk sergeant will file your complaint, that will be passed around to the insurance company and in most cases, will stop there.

And we haven't even mentioned agricultural crime, the murder of women, the anarchy in the south and the north, illegal weapons, and the new rising star—Jaffa. Perhaps instead of fighting over the identity of the next police commissioner (I wonder why) shouldn’t we have a police force, first?

The right to housing

Last years also did not bring us good tidings as we expected, and so we gave the Minister of Finance a chance to curb the real estate market.

For a brief moment it seemed that it is actually happening and that the housing prices are at a standstill, and even dropped, but as the Central Bureau of Statistics published its report, all hope was lost, and even the meager percentages showing a decline in housing prices disappeared. So in this land of gold milk and cyber, can the right to housing be finally attained?

Patients sleep outside in a hectic ER

It is almost unnecessary to go into detail, and yet, the Israeli health system is a chronic patient. The words "not enough" describe it well.

There are not enough doctors, nurses, beds, rooms, medical centers, medical equipment, and more. The long queues and nerve-wracking long waiting hours at the ER seem to be reflected in patients' violence against the medical team. Is the cake equally divided? If we take a few percent off from the defense budget, how many MRI's could we buy?

Protecting the residents of the north

This failure is difficult to explain even if we try hard. The residents of the north are not protected. We are all familiar with the history of the place, especially since the Second Lebanon War. The Israeli government is indifferent and passive when it comes to securing the north, it is only beginning to address the problem. If, heaven forbid, a war breaks out, refugees will swarm the country, or, God forbid, Israel will suffer great casualties.

A party that promises to solve the traffic jams problem (actually solve it) will form the next government. How tiresome are the traffic jams most of us experience twice a day, on our way to work and back. Since this is a big problem that is only getting bigger and more complex, in a few years we will miss the traffic jams we are experiencing today. This problem is being handled at a slow pace and budgets are inadequate. Why in the country of broadband, the arteries of transportation are constantly clogged?

Two states for two nations? It's already here. They live right next to each other. The gaps in education, wages, health, and culture, have never been wider. A boy growing up in Yeruham has only one wish—to get out of there, and seek a better future for himself and his children. This is a toxic situation and the root cause of many problems. The Israeli government has so many resources today to change things around, but it remains indifferent, leaving behind a weakened periphery, submissive and undemanding. It is already guaranteed at the ballot box.

A fire in Be'eri Forest

The residents of this region have been through a year we all want to forget. We have seen with horror of the terror fires caused by Hamas, from one field to the next, turning golden fields of wheat into black ashes. We saw the bodies of animals who could not escape the fires, a silent testament to the rising violence. We heard the residents' minimal demand for clean air. After all the fire, smoke, and the missiles launched by Hamas, the terror group has been given a prize, in the form of regulations.

Is this the sense of security a government with a NIS 70 billion a year defense budget can offer its citizens?

There are, of course, many more articles on this list, these are just for you, presented as food for thought for all those who celebrate the "all good" approach that politicians love to spin. No, not all is good. In this land of milk and honey, bees sting.

Shai Cohen is a resident of Kibbutz Zikim in the Gaza border region.