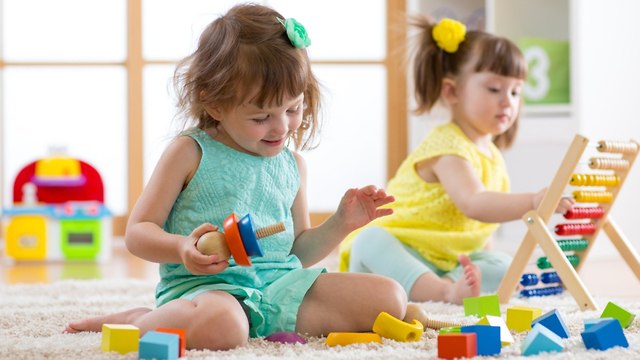 Investment in child education in Israel is significantly lower than the OECD average, according to a new annual report published by the Organization of Economic Cooperation and Development.

Illustration (Photo: Shutterstock)
The data relating to 2015 are particularly worrisome given the broad consensus among educators and academics in Israel and around the world regarding the importance of early childhood education and its contribution to the child's academic achievements over the years, equality and narrowing social gaps.

OECD graph
Unlike the compulsory kindergartens, primary and secondary schools, early childhood education in Israel is the responsibility of the Ministry of Economy and not the Education Ministry.

Education advocates point to the report as proof that early childhood education suffers from under-investment in Israel.

“In an advanced economy, a country in which the birth rate is one of the highest in the world, these ages are marginalized, despite the fact that all studies point to the fact that investment in them is critical to the development of toddlers,” according to the ANU nonprofit organization, which focuses on influencing public policy.

Ya'ara Shilo, the director of the program for principals at Efrata College and an education advocate, says that the report requires a reorientation of the field, and that in the first stage the responsibility for toddler education should be transferred to the Ministry of Education.

“The government must understand that investments made in early childhood education prevent the need for future investments and are also beneficial from a narrow economic outlook," Shilo said. While in Israel, investment in early childhood education is $2,713 a year, in Norway the amount per child is $24,400; in Sweden it is $17,000; in Germany $14,700; and in Iceland $17,300. Additional data in the report indicate that gaps in investment in education for other age groups have narrowed, but still exist, and that overcrowding in classrooms in Israel is among the highest in the Western world. As for teachers’ wages, the report notes that teachers' salaries in Israel have increased in recent years by tens of percent, but remain below the international average wage. The Education Ministry said in response to the report: "The report proves that the State of Israel has placed the education of future generations at the top of its national priorities, with unprecedented investment in education and advancement of subjects that for years have been left behind. “For example, salaries for new teachers were significantly increased; the number of students in a class was reduced; and the number of students taking five units of mathematics doubled," the ministry said.  The ministry emphasized that "the increase in teachers' salaries ranked first among all countries. In elementary schools there was an increase of 42 percent in wages, and in secondary schools there was an increase of 31 percent."