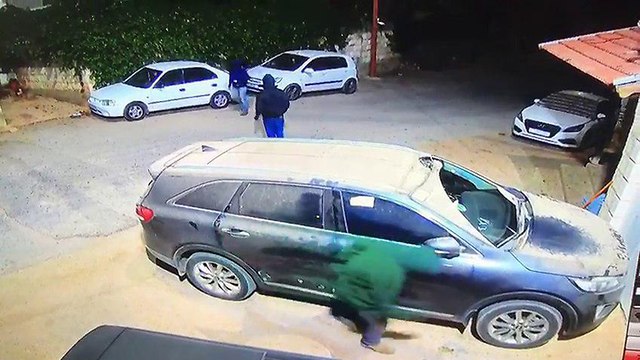 The Israel Defense Forces is using monitoring systems initially meant to target Palestinian terrorism in a crackdown on Jewish terrorism in the West Bank, as well as in order to deter possible perpetrators.

"Our radar and observation systems are used to solve 'price tag' cases," an IDF officer said, referring to attacks by Jewish extemists purportedly in response to political moves they oppose. "We also document damages caused (by price tag attacks) in Palestinian villages in the West Bank."

"The footage of the damage contributes to cracking the case, and creates deterrence. I'm committed to keeping all the residents of the West Bank safe, not only the Jewish ones," he said.

The radar has been deployed in the territories over the past few years, mainly close to and south of Nablus, and the installation of the observation systems is expected to be completed during the upcoming year.

IDF lookouts monitor radar images, dispatching the troops on the ground when suspected activity is identified. In most cases, the radar assists in identifying suspected movements of Palestinians, but in some cases the systems are also used to thwart price tag attacks.

The investigations into Jewish terrorism—including the high-profile probe into the death of Aisha al-Rawbi, who was killed in October after settlers reportedly hurled stones at a vehicle in which she and her husband were driving —are mainly led by the Shin Bet domestic security service and the Judea and Samaria District Police.The army is careful not to reveal the extent of its cooperation with the Shin Bet.

Meanwhile, the IDF's Judea and Samaria Division has also been investing efforts to eradicate the phenomenon of price tag attacks.

A surge in price tag attacks have been noted in the West Bank over the past year, with most of them including arson of vehicles.

On Thursday, a senior IDF officer of the Judea and Samaria Division told Ynet that three to four price tag incidents, among them vandalism of greenhouses and agricultural tools belonging to Palestinians, have occurred in his division, including in Palestinian villages that have never sustained such attacks.

In response to the allegations of abuse made against the Shin Bet in relation to the recent wave of arrests of young far-right settlers, the agency said in a rare statement that it was the victim of a "smear campaign" by those seeking to derail its work.

"Efforts are being invested by elements interested in disrupting the investigation process, including distributing false information about the way the investigations are conducted, while launching a smear campaign against the Shin Bet and its agents.

"The Shin Bet stresses that the organization will not be deterred, and will continue operating with determination against any factor involved in any kind of terror activity," the agency said.