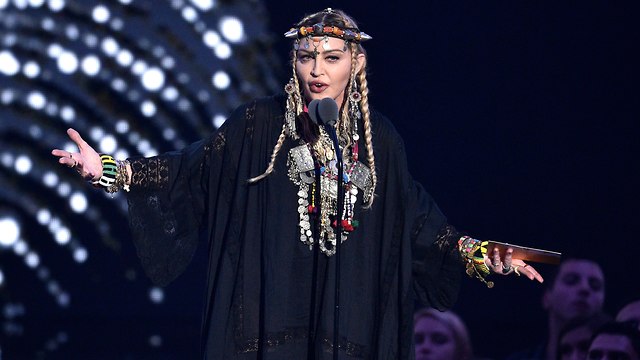 Madonna in talks to perform at 2019 Eurovision in Tel Aviv

The pop star reportedly agreed in principle to participate in the prestigious singing competition, however, there is still some disparity over the sum demanded by the singer's representatives.

Pop diva Madonna is reportedly in negotiations to perform at the Eurovision 2019 Song Contest due to be held next May in Tel Aviv.

Sources affiliated with the event’s production say although the singer has agreed in principle to participate, there is some disagreement over the amount of money demanded by Madonna’s representatives and the sum the show’s producers are willing to offer.

"We are currently working on a showlist for the Eurovision Song Contest 2019. In due time we will publish the list of artists who will participate in it," said the Israel Public Broadcasting Corporation (KAN) in a statement.

The 60-year-old Madonna has performed in Israel several times and although she isn’t Jewish, after many years of studying Kabbalah, she now practices many religious practices affiliated with Judaism, like observing Shabbat and holding a bar mitzvah for her son.

The European Broadcasting Union (EBU) announced last September that the 2019 Eurovision will be held in Tel Aviv and not in Israel's capital of Jerusalem as had been previously planned.

The decision comes after months of speculation regarding the location of the annual song contest, with the government initially insisting on holding the popular event in Jerusalem. But following a backlash over the US recognition of the city as Israel's capital and a subsequent fear of boycotts it dropped the demand.

The Eurovision says it chose Tel Aviv, Israel's cultural and commercial capital, because of its "creative and compelling bid."