US armored vehicles at the scene of a suicide attack in the northern Syrian town of Manbij, January 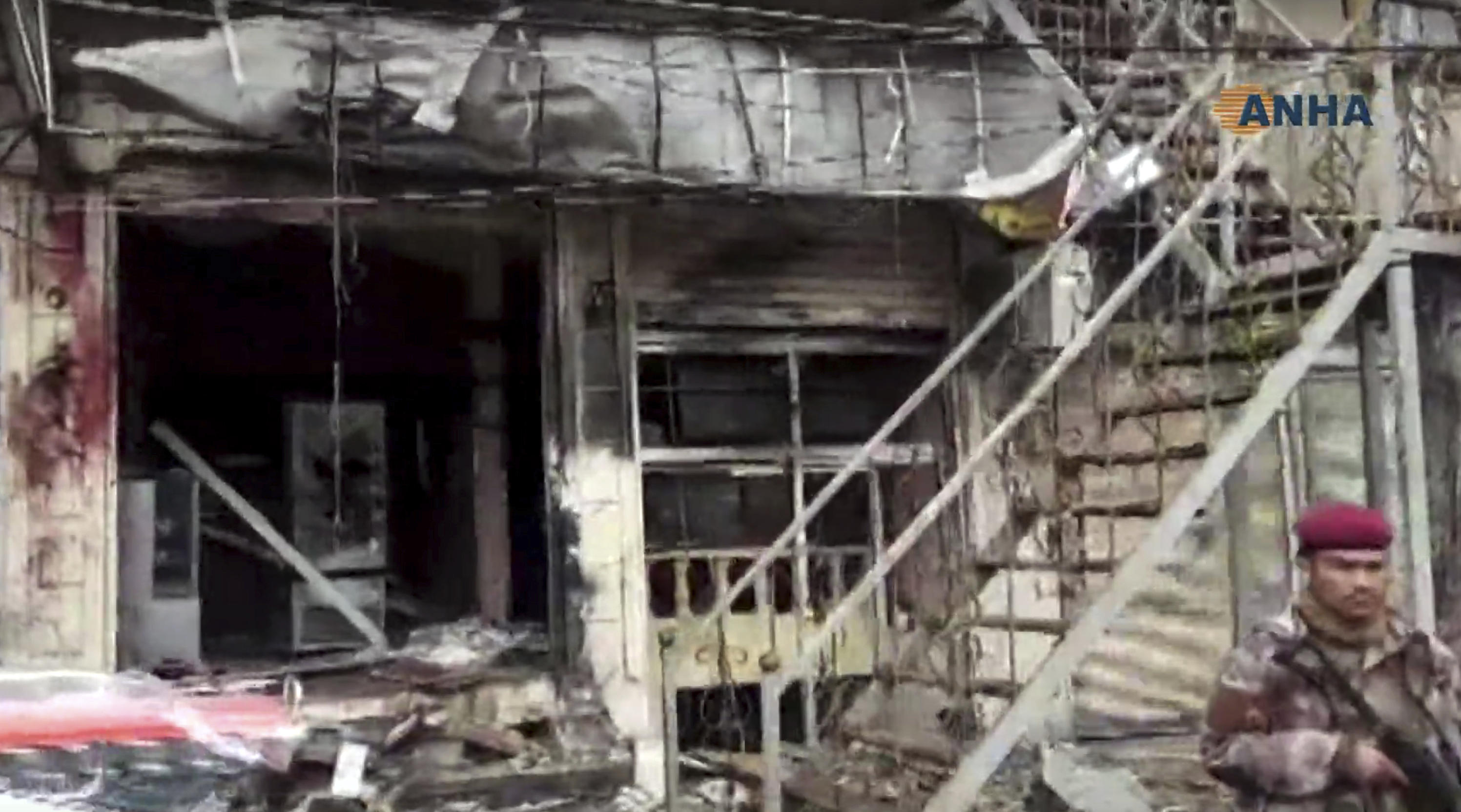 Bomb attack claimed by Islamic State kills US troops in northern Syria, weeks after the American president declared victory over IS in Syria and promised to pull out all American troops.

The US military says a number of service members were killed Wednesday in an explosion while conducting a routine patrol in Syria — the first instance of US casualties since US President Donald Trump announced his intention to withdraw troops from the country last month.

The Islamic State group claimed responsibility for the rare morning attack in the US-patrolled town of Manbij in northern Syria, saying one of its members carried out a suicide attack and detonated his vest filled with explosives.

A US official who declined to be named said four US troops had been killed and three wounded in the blast, which an Islamic State-affiliated site said was the work of a suicide bomber. Others said only two had been killed.

The scene of a suicide attack in the northern Syrian town of Manbij, January 16, 2019

The US military released a statement on Twitter that said: "US service members were killed during an explosion while conducting a routine patrol in Syria today. We are still gathering information and will share additional details at a later time."

Videos released by local activists and news agencies showed a restaurant that suffered extensive damage and a street covered with debris and blood. Several cars were also damaged. Another video showed a helicopter flying over the area.

A local town council and a Syrian war monitoring group said the blast occurred near the town's main market, near a patrol of the US-led coalition, killing and wounding more than a dozen people.

A witness in the city said the attack had targeted a restaurant where US personnel were meeting members of the local militia that Washington backs there.

The Britain-based Syrian Observatory for Human Rights said 16 people were killed including nine civilians and others were wounded in the blast. It added that at least five US-backed Syrian fighters were also among the dead.

US armored vehicles at the scene of a suicide attack in the northern Syrian town of Manbij, January 16, 2019

"An explosion hit near a restaurant, targeting the Americans, and there were some forces from the Manbij Military Council with them," one said.

The Manbij Military Council militia has controlled the town since US-backed Kurdish-led forces took it from Islamic State in 2016. It is located near areas held by Russian-backed Syrian government forces and by anti-Assad fighters backed by Turkey.

One of the witnesses said there was a "heavy" presence of military aircraft over Manbij following the blast, which took place near a vegetable market.

The rare attack came days after the US began the process of withdrawing from Syria, pulling out equipment from the northeast into neighboring Iraq. Trump abruptly announced his intention to rapidly withdraw the 2,000 troops from Syria just before Christmas, declaring the Islamic State group to be defeated.

The announcement took some of his closest aides by surprise, upset allies in the region, and led to the resignation of Secretary of Defense Jim Mattis. Since then, US officials and Trump himself have suggested the withdrawal would be slower than initially thought.

The Kurdish Hawar news agency, based in northern Syria, and the Observatory, which monitors the war through activists on the ground, reported US troops were among the casualties.

Turkey's state-run Anadolu Agency, citing unnamed local sources, said a number of US soldiers were injured in the blast and that the US military evacuated soldiers by helicopter.

It was not the first time that forces of the US-led coalition were subjected to attacks in the area, although they have been rare.

In March last year, a roadside bomb killed two coalition personnel, an American and a Briton, and wounded five in Manbij.